New “Odnoklassniki” – with a full-screen feed, redesigned profiles and a photo showcase 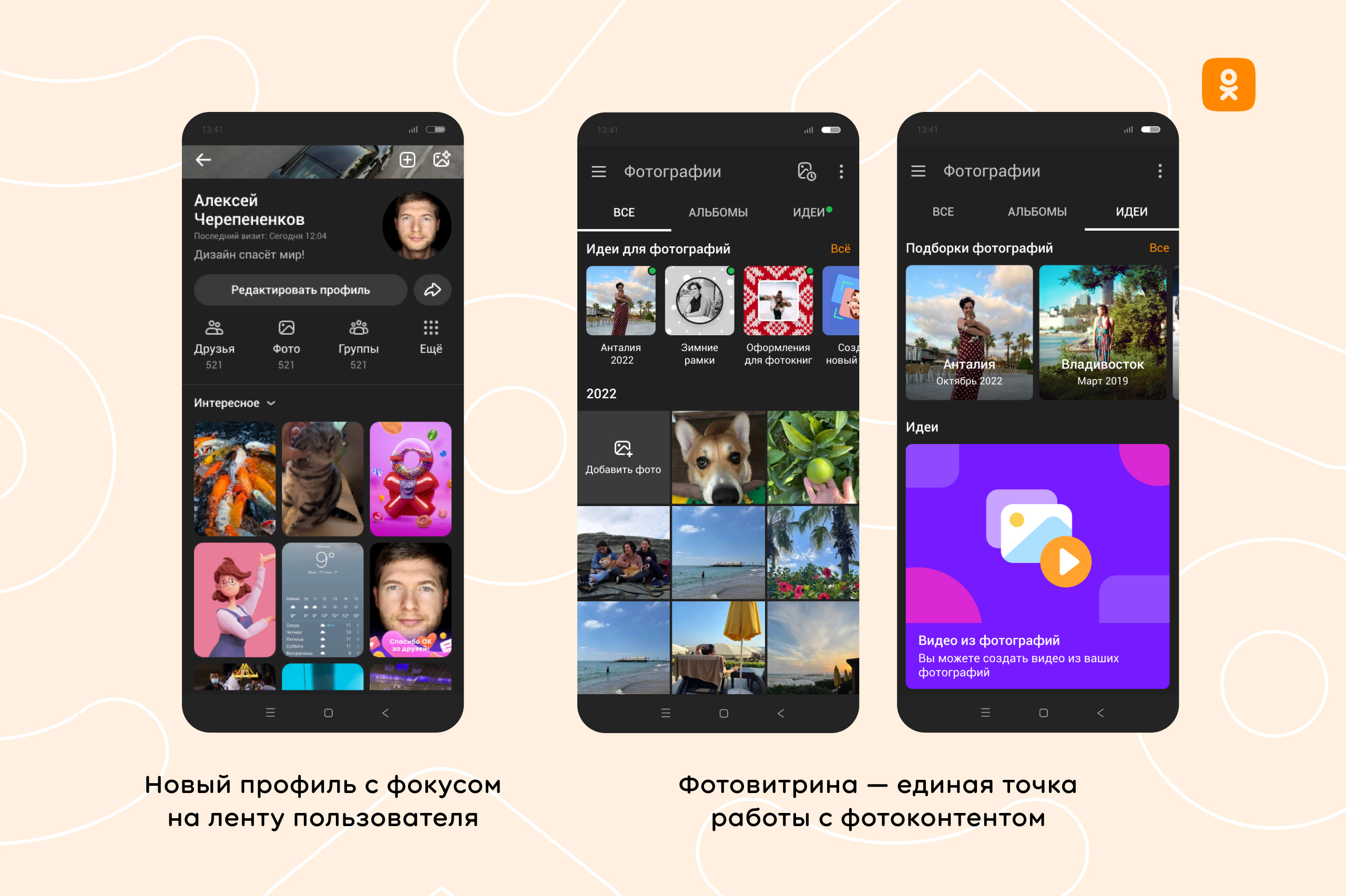 VK (formerly Mail.ru Group) has introduced a major update to Odnoklassniki, which is expected by the social network in the coming year 2023.

There are quite a few innovations. The concept of the news feed will change. All messages, including square photos, horizontal and vertical videos, text posts will be displayed in the feed in the format “one screen – one post”.

User profiles will be redesigned – the main page will become more concise and will reflect only basic information about a person. Also on the personal page you can see the feed of the author’s publications.

Comments in mobile apps will be shown in the feed without the need to go to a separate screen. There will also be a two-level system with “branches” and new reactions, in addition to the already familiar “Classes”.

The Hobbies service will feature a new system of recommendations that will be generated using neural networks. Another innovation is the photo showcase. According to the developers, this is a single point of work with photo content. Users will be able to edit and publish their photos or collect them in an album without leaving the photo showcase page.

There will also be a rating of authors, which allows you to evaluate the attitude of the audience towards their publications according to four key parameters. The rating is displayed in a chart format and in percentage shows the activity, approval, engagement and diversity of the group.