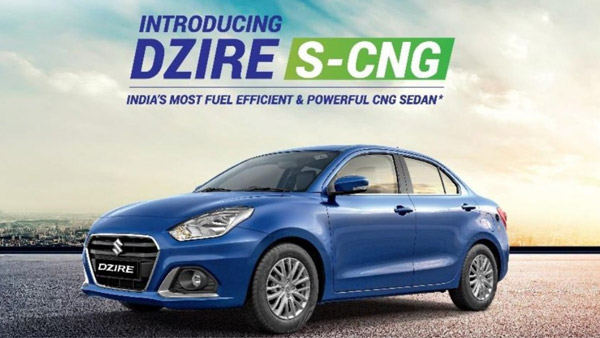 This engine has been given a 5-speed manual gearbox but the option of AMT gearbox has been given. Being a factory fitted CNG vehicle its warranty is not affected and the running cost is also reduced. It gets a dual inter-dependent ECU unit, all fittings are kept in stainless steel and a safety switch has been given to cut off the engine during refueling.

While the prices of petrol and diesel are skyrocketing on the one hand, the sales of cars are also being affected significantly. Customers are looking for more economical fuel. One of these fuels is also CNG fuel and due to which DZire has now been brought in CNG option, the company will soon bring its premium hatchback Baleno with CNG option as well.

Apart from this, talking about the new update of Maruti, the company has announced the expansion of online retailing of its genuine accessories in more than 100 cities across the country. The Maruti Suzuki Genuine Accessories (MSGA) website was launched last year and was initially in the testing phase, during which only customers in Delhi and NCR could buy accessories online. However, the company has now expanded this service to more than 100 cities.

Maruti Suzuki holds the largest share in the CNG car segment. The company had already talked about expanding its CNG range and is now continuously launching new models with CNG option.