New Maruti MPV based on Toyota Innova Hycross, which will be available by August next year! 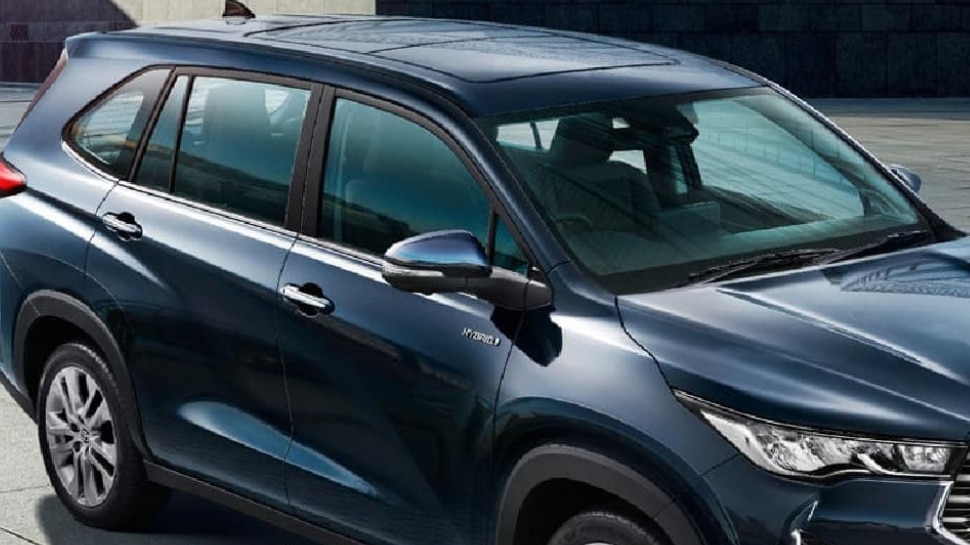 New Maruti MPV: Toyota will give its new Innova highcross to Maruti Suzuki as an ongoing model-sharing partnership between Toyota-Suzuki. Maruti Suzuki will launch it with its nameplate but some changes will be made before that.

New Maruti MPV Launch Date: Toyota will give its new Innova highcross to Maruti Suzuki as an ongoing model-sharing partnership between Toyota-Suzuki. Maruti Suzuki will launch it with its nameplate but some changes will be made before that. Maruti’s high-cross model has also been seen during testing on Indian roads. Now media reports say that the new Maruti MPV based on High Cross can be introduced by August 2023. The new Maruti Premium MPV will be sold through the Nexa dealership network. The company’s Ertiga and XL6 are already present in the affordable MPV space while the new High Cross will make its place in the Maruti Suzuki Premium MPV segment with based MPV.

The new Innova Hycross is based on the Monocoque TNGA-C platform with a front-wheel-drive layout. It is equipped with several segment-leading features, which will also be found in Ispar based Maruti Suzuki’s new MPV. Powered second-row seats with MPV dual pan panoramic sunroof, ventilated and powered front seats, dual-zone climate control, Ottoman function, The connected car comes with features such as a 10-inch touchscreen infotainment system and a 360 degree camera with tech. All these features will also be in Maruti Suzuki MPV.

It will be the first Maruti Suzuki car to come up with ADAS technology with features like automatic emergency braking and lane assist. It will also have vehicle stability control, six airbags and front and rear parking sensors. It is expected to cost more than 20 lakhs. The new MPV will be directly contested by cars such as Kia Carnival and Innova Highcross. It can also affect sales of 7-seater SUVs including Hyundai Alcazar, Tata Safari and Mahindra XUV700.