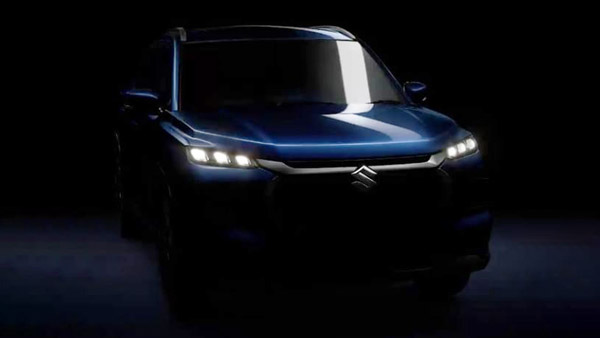 Coming to the powertrain, the Grand Vitara could share its powertrain with the Toyota Hyryder. Grand Vitara can be offered in mild hybrid and strong hybrid petrol engines. The engine powering the mild hybrid variant will be the 1.5-litre K15C Dual Jet VVT petrol engine. This engine is being used in models like XL6, Ertiga and Brezza. This engine produces 102 Bhp of power and 136.8 Nm of maximum torque.

Transmission options will include a 5-speed MT and a 6-speed torque converter AT gearbox unit. The stronger hybrid version of the Grand Vitara will be powered by Toyota’s 1.5-litre TNGA petrol motor that generates 92.4 bhp of power and 122 Nm of peak torque.

This engine will only be mated to an eCVT gearbox. Its electric motor will be capable of producing 80.2 bhp of power and 141 Nm of peak torque, while the hybrid powertrain will have an overall combined output of around 115 bhp. The Grand Vitara Hybrid is likely to deliver the highest mileage in its class.

Interestingly, the mild hybrid trim will also get the option of All Wheel Drive (AWD) which the company is calling ALLGRIP. This will make the Grand Vitara the first SUV in its class to offer an all wheel drive option. However, it should be noted that all wheel drive will be available only with the 5-speed manual gearbox variant. AWD will not be offered with the strong hybrid trims or the mild hybrid automatic transmission trims.

Maruti may price the Grand Vitara aggressively. That is because Maruti has not been successful in the compact SUV segment till date. The company’s cross over model, the S-Cross could not compete with either the Creta or the Seltos in terms of monthly sales.