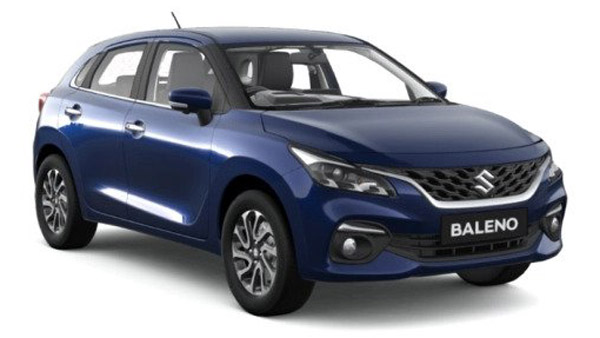 The company has also started production of the new Maruti Baleno and it can be delivered to dealerships soon. Currently, customers are waiting for the test drive of the updated model of this premium hatchback to begin, which is expected to start with the delivery of the updated model as soon as the price is announced. It can be booked by visiting the company’s website or dealership by paying an advance amount of Rs 11,000.

There are a lot of changes to be done in the Baleno facelift. Talking about the front part, the front grille has been kept bigger and its headlights are thinner than before, which gives it a bold look. Its bumper has also been given a new design. New split LED tail lights are to be given at the rear, while new designed alloy wheels will be given to further enhance the look.

A new dashboard is to be given in its cabin. A floating infotainment screen has been used in its dashboard. You also get a new steering wheel with steering mounted controls and a cruise control system. Along with this, 360-degree camera has also been given. The Baleno facelift gets a massive 9-inch SmartPlay Pro+ touchscreen infotainment system.

Maruti will not change the engine of the new Baleno. Currently, Maruti Baleno is made available in one engine option in India. The first is a 1.2-litre petrol engine that churns out 83 Bhp of power and 113 Nm of peak torque. This engine comes with 5 speed manual and AMT gearbox. On the other hand, there is a 1.2 liter dual jet petrol engine that produces 90 bhp power.

Its CVT is to be replaced by an AMT. The Baleno facelift is now expected to deliver a mileage of 22.35 kmpl with manual and 22.94 kmpl with AMT as against 23.87 kmpl with manual. It should be noted that the manual mileage has come down by 1.5 kmpl, while the CVT has been discontinued which used to give a mileage of 19.56 kmpl.

Now after all the details of Maruti Baleno facelift are revealed, its price is being eagerly awaited. Through this, the company is going to improve the image of the safe car maker, now it has to be seen how it gets the response from the customers.