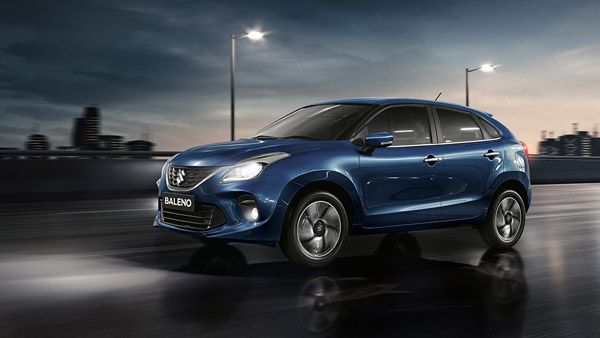 Maruti will not change the engine of the new Baleno. Currently, Maruti Baleno is made available in one engine option in India. The first is a 1.2-litre engine that churns out 83 Bhp of power and 113 Nm of peak torque. This engine comes with 5 speed manual and CVT gearbox. Now whether a new update will be given in it, it has to be seen.

New body panels have been installed in the 2022 Maruti Baleno which are made from better steel. The front part has been given a completely new design, it has been given mesh grille, along with the headlight and LED DRLs have been given with the rear design. It gets a bigger bumper, wider air dam and circular fog lights. The bonnet has also been redesigned and it feels flat compared to before.

Talking about the rear, a redesigned tailgate, L-shaped taillight cluster and LED internals and a new bumper have been given. Talking about the side part, the design has been kept the same, although new alloy wheels can be seen in it. Along with making it attractive, the company is going to bring it with many attractive features and equipment. A new dashboard is to be given in its cabin.

Along with this, a large touchscreen infotainment system will be given in it and for connectivity, the option of Android Auto and Apple CarPlay and Suzuki Connect can be given. It will get a heads up display, V-shaped air-con vents, flat bottom steering wheel and a new instrument cluster. Along with this, some modern features can also be given to woo the young customers.

In terms of safety, 6 airbags can also be given in it. Along with this, electronic stability control, ABS with EBD, immobilizer, rear parking sensor and camera, high speed warning will be given. As of last December, Maruti Suzuki has sold over one million units since the launch of its premium hatchback Maruti Baleno. This premium car from Maruti, sold from the Nexa showroom, was launched in October 2015.

Maruti claims that the Baleno is India’s first premium hatchback to be the fastest to cross the 1 million sales mark. This is a very important product for Nexa, due to which the company is constantly bringing with new updates. The company is going to announce its price in the coming days, its production has already started.