New Jeep Grand Cherokee is coming to compete with BMW and Mercedes, bookings have started 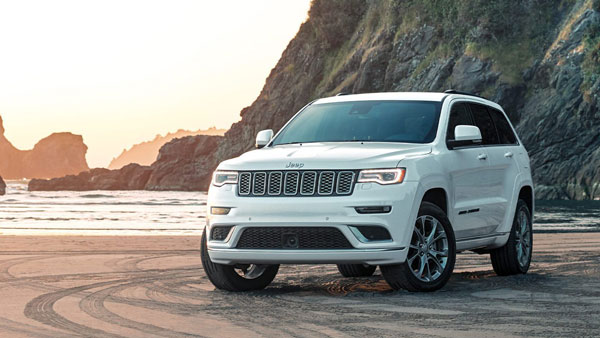 The new Grand Cherokee is being sold in two sizes in the global market. According to the information, the India-centric model will come with a five-seat arrangement as standard. The company will not launch the three-row Jeep Grand Cherokee L in India. Talking about the interior features, the new Grand Cherokee gets a 10.1-inch central touchscreen, a digital driver display and a dedicated touchscreen for the front seat passenger as well.

Other features on the SUV include panoramic sunroof, leather upholstery, ventilated front seats, heads-up display, wireless Android Auto and Apple CarPlay connectivity, powered tailgate and connected car features. The company has said that this SUV will come with more than 110 safety features.

Unlike the previous generation Grand Cherokee that was offered with both petrol and diesel engine options, only the 2.0-litre turbo-petrol engine could be offered with the new model. Jeep has not yet revealed the power output of this engine. But according to the information, this engine will be mated to an 8-speed automatic gearbox as standard.

The new Grand Cherokee will be Jeep’s fourth SUV to be made in India. The company launched the Meridian SUV based on the Compass in May 2022, which is being well-liked. Driven by the success of the Compass, Wrangler and Meridian SUVs, Jeep is launching the new generation in India. The new Grand Cherokee will compete with SUVs from Audi, BMW and Mercedes in the premium SUV segment.