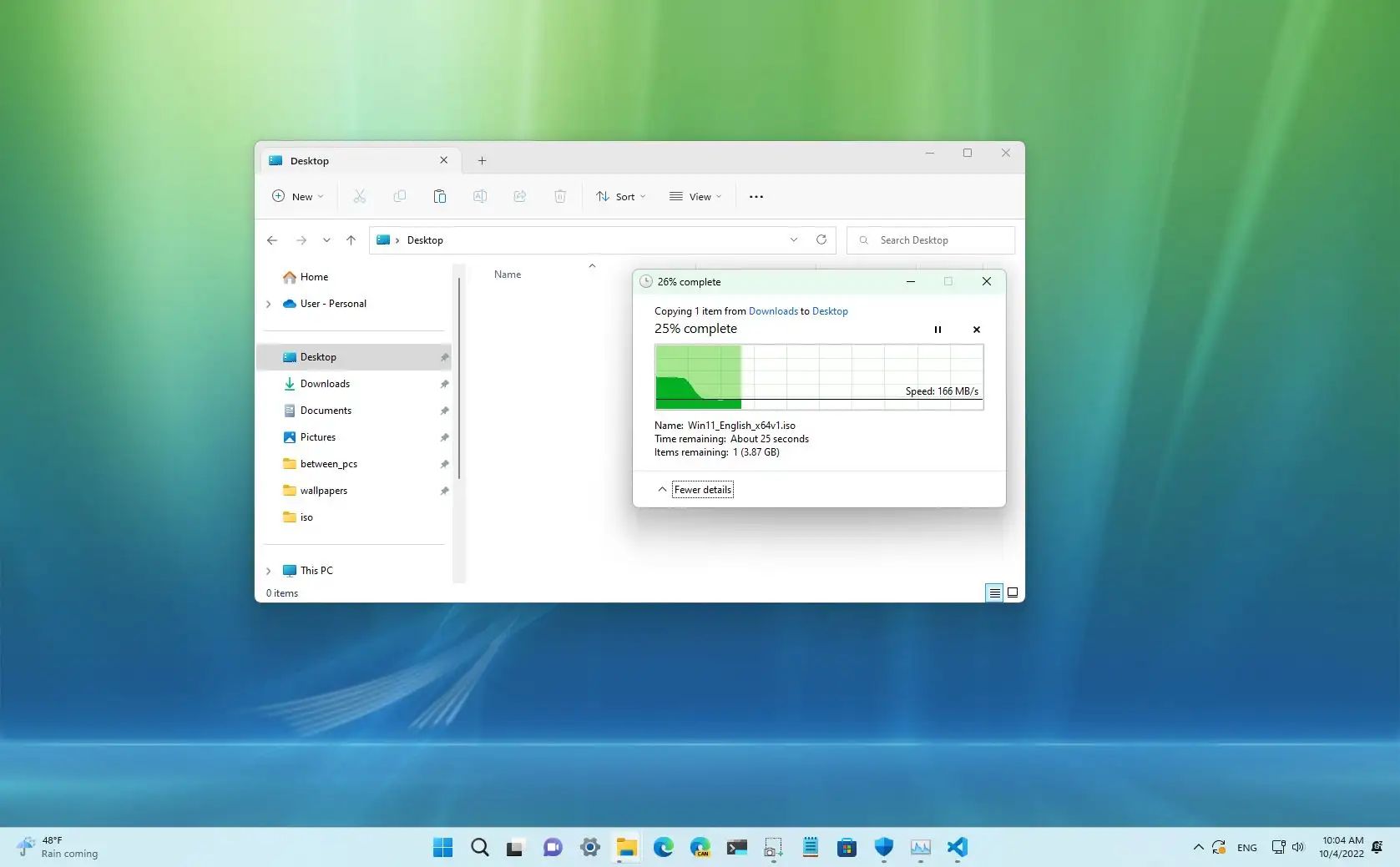 Another problem has been found in the Windows 11 22H2 operating system. This time it affects the speed of file copying. The chief program manager of the company, Ned Pyle, spoke about it. As it turned out, when copying large files from a remote PC or server to a Windows 11 computer, the speed drops dramatically in the process.

When copying files of several gigabytes, the speed indicator dropped by 40%, and it was on the Windows 11 22H2 system. According to Pyle, this may be related to the operation of the SMB network protocol, this is by far the most likely scenario. However, the same was noted even when copying local files on the computer itself.

The company continues to look for the cause of the problem, at the moment it is unknown. Users are advised to use the robocopy or xcopy utilities with the /J option to copy files. In this case, everything works as it should. An example code looks like this:

Also, according to media reports, you can use other copying utilities such as TeraCopy, FastCopy or CopyMaestro.

This is not the first problem with Windows 11 22H2. Previously reported about malfunctions of printers.