New Honda Vario 160 scooter launched, know what is the price, features and specifications 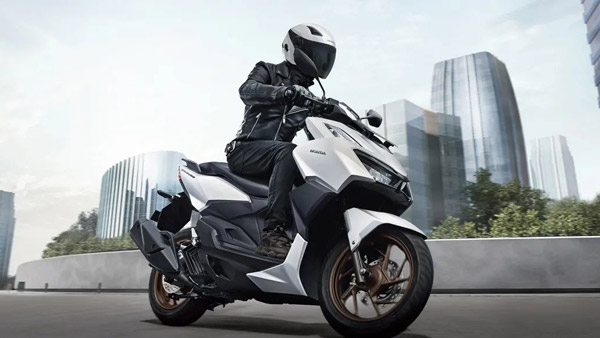 The Honda Vario lineup has been in production since 2006 and its seventh generation will not only get cosmetic improvements but also performance updates. The scooter has been given a more edgy and sharp styling, which mimics the styling of the maxi scooter.

Suzuki Burgman with a heavily faired front fender is sold in the market. Up front, the scooter gets an all-new twin-beam LED headlamp with LED DRL eyebrows that extend to the top of the front apron, giving the scooter an aggressive face.

Above the twin headlights, there are turn indicators, which come with LED position lamps. Furthermore, the sides of the apron and the under-seat panels flaunt a chiseled and muscular design. On the front fenders, the Honda Vario branding has been pasted with 3D lettering.

The front end of the scooter has been carried over to the AG styling at the rear, along with a sharper rear fender and a raised tail section. The chunky single-piece grab rail gives the scooter a rough and tough appeal. Along with this, floorboards like black panels have been given in this scooter.

Apart from this, the exhaust muffler, alloy wheels, rearview mirror and a small visor on the handlebar give the scooter a nice and sporty dual-tone theme which adds to its appeal. Talking about the features, the Vario 160 gets a fully digital instrument console.

This digital instrument console gives various information including fuel level, distance covered, average fuel consumption, speed etc. However, there is no information on any form of connectivity options. The under-seat storage isn’t huge at 18 liters, but it does get a USB charger as standard.

Talking about the engine found in Honda Vario 160, it is powered by a 160cc single-cylinder, liquid-cooled engine, which provides 15 bhp power and 13.4 Newton meter maximum torque. These figures are almost identical to the Yamaha Aerox 155, which is considered to be the direct rival of the Honda Vario 160 in Indonesia.

Power is transmitted to the rear wheel via a CVT automatic gearbox. The Honda Vario 160 rolls on 14-inch alloy wheels with 90/80 section and tyres with 100/80 section. The chunkier tires should offer better handling around corners.