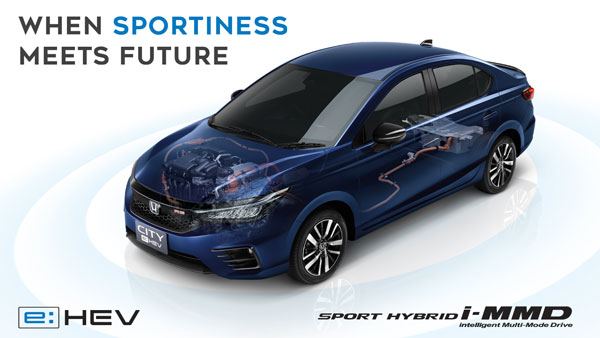 Now before its launch some new information is coming out about it. The new information is about the new engine found in it, which will be used in it. Let us know that the 1.5-litre naturally-aspirated petrol engine is used in the current petrol powered variants of Honda City.

But unlike the new Honda City Hybrid, the 1.5-litre four-cylinder Atkinson petrol engine will be mated to two electric motors and a battery. This petrol engine provides maximum power of 98 Bhp and maximum torque of 127 Nm.

This engine powers the front wheels through a CVT gearbox. Coming to the two electric motors available with this engine, one will be mated to the front wheels of the Honda City Hybrid via a unique single-speed gearbox and the other motor will act as an integrated starter generator.

This electric motor driving the front wheels delivers a maximum power output of 109 Bhp and a maximum torque of 253 Nm. The entire powertrain can be operated in three different drive modes, including petrol-only mode, petrol-electric hybrid mode and electric-only mode.