New Honda City e:HEV to be launched next week, know which cars will be introduced in the market 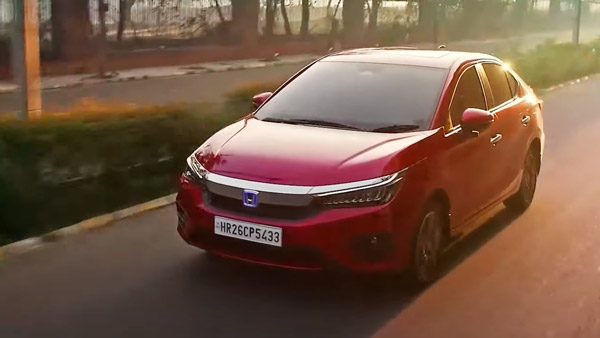 Japanese carmaker Honda Cars revealed its Honda City e:HEV hybrid sedan in India on April 14. The bookings for the new Honda City e:HEV were also started on the day the company unveiled the car with an advance amount of Rs 21,000.

The hybrid version of the new Honda City will be launched in the country on May 4 and deliveries will start after that. The company is going to use 37 Honda Connect features in this new Honda City e:HEV. The car will also get a one-touch electric sunroof.

Apart from this, the company is also going to feature LED interior room lamp and ambient lighting in this car. Talking about the engine of the Honda City e:HEV, it uses the 1.5-litre Atkinson-cycle DOHC i-VTEC petrol engine, which is paired with two electric motors and an advanced lithium-ion battery.

On the other hand, its electric motor gives power of 94 bhp. Talking about the combined power of the new Honda City e:HEV, this car produces 125 Bhp of power and 253 Nm of torque. The company claims that this car delivers an impressive mileage of 26.5 kmpl.

German carmaker Mercedes-Benz is about to unveil the new-generation C-Class in the country on 5 May. After this, the company will launch this car on May 10. The company is now going to offer sleek headlamps with integrated LED DRLs in this updated model.

Apart from this, new split LED taillights and a set of 19-inch alloy wheels will be used. According to the information, the new Mercedes C-Class model will be offered in a total of three variant options, which include C200, C220d and C300d.

The new Mercedes C-Class will compete with the BMW 3 Series, Audi A4, Skoda Superb and Volvo S60 after its launch in the market. Let us tell you that the company has recently started production for this updated model.