New Hero XPulse 200T to be launched soon, know what will be the new features 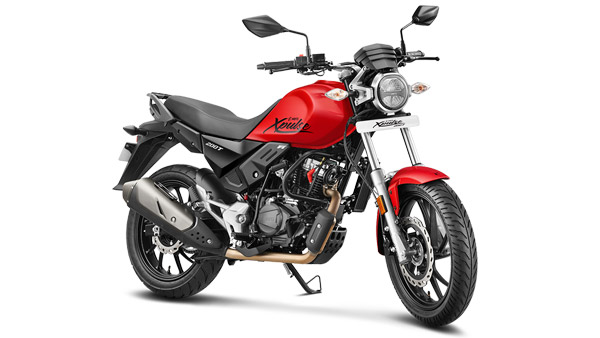 According to reports, a small fly screen has been given above the headlight of the new Hero XPulse 200T. Apart from this, the rear view mirror has been sharpened more than before, which will make it look even sportier now. Not much has changed in the design of the new XPulse 200T but the company has added new graphics and colors in it.

The ‘X’ logo has been given on the fuel tank of the new XPulse 200T, along with the same color paint on the half of the fuel tank and the front mudguard. The company will present the new bike in dual tone color. Talking about other changes, a new seat has also been given in it, which goes slightly above the fuel tank. The set can be made more comfortable than before.

The company is not expected to make any changes to the engine. The new XPulse 200T will be brought with the current model’s engine platform and power output. Let us tell you that the 199.6cc BS-6 oil-cooled engine is available in Hero XPulse 200T. This engine generates 17.8 bhp power and 16.1 newton meter torque.

The current models of Hero XPulse 200T are available in three color schemes, Matte Shield Gold, Panther Black and Sports Red. It gets LED headlight. It has features like Bluetooth-connected instrument cluster with turn-by-turn navigation.

Disc brakes have been given in both the wheels of XPulse 200T. This includes 276 mm front and 220 mm rear disc brakes. It also gets single-channel ABS (Anti-Lock Braking System) as standard. Talking about the suspension, it gets conventional telescopic front forks at the front and 7-step adjustable rear mono-shock at the rear.