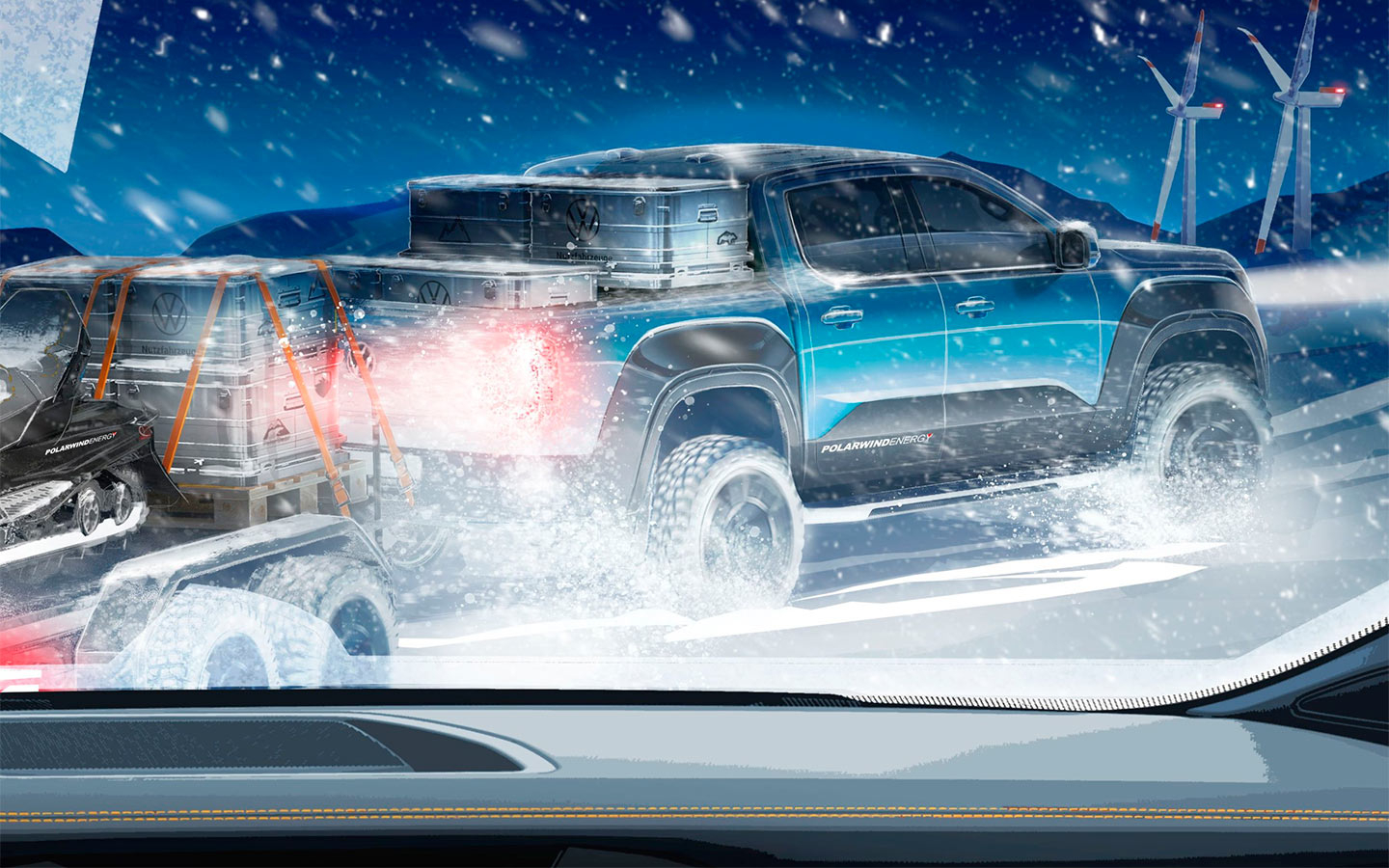 Volkswagen has released the first images of the second generation of its Volkswagen Amarok pickup, as well as revealing details about the vehicle, which will only be shown in full detail this summer.

According to Autonews.ru, the next generation Volkswagen Amarok will be even larger than its predecessor. The length of the double cab vehicle will increase by 100 mm (to 5255 mm) and the width will increase by 40 mm (1955 mm). The car will receive a characteristic X-design and a rethought front end.

The second-generation Volkswagen Amarok will share major components and assemblies with the new Ford Ranger mid-size pickup truck introduced last year. The pickup will receive a 2.7-liter four-cylinder engine with two turbines, which is installed in the Ford Ranger. In addition, the manufacturer has officially confirmed that buyers will be offered versions with a V6 TDI diesel engine. Hybrid versions are not yet planned.

The next generation Volkswagen Amarok will be produced in the Argentine city of General Pacheco, as well as in South Africa’s Silverton. The previous generation of the model was produced at the plant in Hannover, Germany.

The new Volkswagen Amarok will be available for order at the end of 2022.