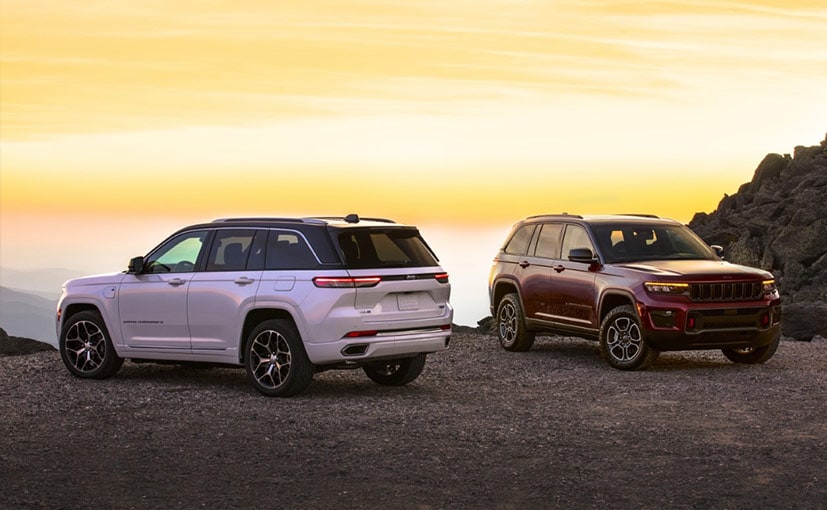 Jeep India is planning to launch several new models in the country, and in 2022, we will see the arrival of at least two new SUVs. The company has already announced the all-new Jeep Meridian 3-Row SUV, which will be launched by the middle of 2022. Recently, while talking to the media about the upcoming models, Jeep Brand – India Head Nipun Mahajan said that the fifth generation Grand Cherokee SUV will also be launched in the second half of this year.

Globally, the new generation Jeep Grand Cherokee was introduced in September 2021. While the design language is familiar, the company has made several upgrades to the new offering including the inclusion of a new 4xe plug-in hybrid variant. The SUV has already gone on sale in the US market, however, when it hits India later this year, it is likely that Jeep will offer either a petrol or diesel variant of the SUV.

The fifth generation Jeep Grand Cherokee is offered with multiple engine options, including a 3.6-litre Pentastar V6 petrol engine that produces 294 Bhp and 348 Nm of peak torque. It also includes a more powerful 5.7-litre V8, which makes 357 Bhp and 528 Nm of peak torque. Of course, the highlight is the new 4xe plug-in hybrid variant that gets powered by a 2.0-litre four-cylinder turbocharged petrol engine that develops 375 Bhp and 637 Nm of peak torque. The motor gets electric assistance from a 17 kWh battery pack that offers an electric range of 40 km. Apart from other updates, the SUV will also get a more off-road specific Trailhawk variant with Quadra-Lift air suspension system which gives 287 mm of ground clearance to the SUV.

Visually, the SUV comes with a boxier design and sharper lines, a new grille with Jeep’s signature 7-slot pattern, square wheel arches and slimmer headlights and taillights with LED units. The new Grand Cherokee comes with a lot more technology and gets a 10.1-inch digital instrument cluster and touchscreen infotainment system. Apart from this, a 10-inch head-up display has also been given. It has a Uconnect user interface that comes with five times faster operating speed and OTA updates. There is also a rear-seat entertainment system with Amazon Fire TV functionality.