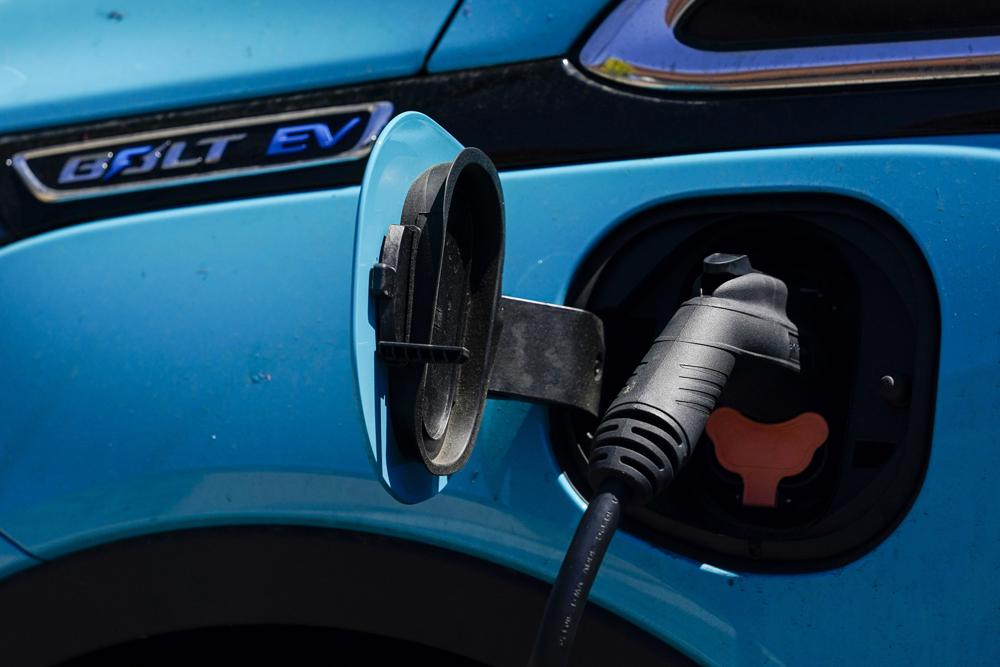 WASHINGTON (AP) — A new tax credit for U.S. buyers of qualifying electric vehicles made in North America has ignited the specter of a trade war as a domestic imperative of the Biden administration and Democrats collides with the complex realities of globalization.

Democrats included the credit in the expansive climate and health care policy law passed earlier this month as a way to incentivize domestic battery and electric vehicle production. But manufacturers in Europe and South Korea, which sell millions of vehicles in the U.S., have threatened to lodge legal complaints with the World Trade Organization.

Adam Hodge, a spokesman for the U.S. Trade Representative, said the intent of the tax credit is to boost “U.S. EV manufacturing, infrastructure, and innovation that will help us meet our clean energy goals, reduce costs, and create jobs” and “to reduce our dependence on China” for critical materials.

How the Biden administration handles the allegations brought by foreign governments and manufacturers will demonstrate whether the president’s international trade position will mirror the Trump administration’s go-it-alone approach, leaving the World Trade Organization’s dispute resolution process in disarray.

The law includes a tax credit of up to $7,500 that could be used to defray the cost of purchasing an electric vehicle. But to qualify for the full credit, the electric vehicle must contain a battery built in North America with 40% of the metals mined or recycled on the continent. And those rules become more strict over time, such that only a few American manufacturers could produce vehicles that qualify for the credits.

That has caused consternation among U.S. carmakers, who say they have ramped up efforts to bolster their supply chains in order to qualify for the credit.

“We are working overtime to localize our supply chains and ramp up production,” said Chris Smith, chief government affairs officer at Ford in a statement last week.

It also has roiled the framework for dealing with the layered matters of international trade.

“Of course this would mean that it would be incompatible with the WTO,” she said.

Hildegard Mueller, the head of Germany’s auto lobby group VDA, which represents major manufacturers such as Volkswagen and smaller suppliers, also criticized the measures and has asked the EU to intervene.

“We are critical of the fact that the subsidy is tied to conditions which relate to local value creation and therefore disadvantage products from third countries,” Mueller said. “The European Commission is called upon to clearly advocate for non-discriminatory support here.”

However, the potential for a World Trade Organization complaint highlights the void left in part by the Trump administration, which blew up the WTO’s appeals body when it blocked the approval of new judges to serve on the dispute resolution panel. The panel is supposed to have seven judges. But their ranks have dwindled because the United States — under Presidents George W. Bush, Barack Obama and Trump — has blocked new appointments to protest the way the WTO does business.

The WTO acts as a high court for international trade issues and has 164 member-countries.

Daniel Pruzin, a spokesman for the organization, said it has a policy of “not commenting on matters which are or may be the subject of WTO dispute proceedings,” adding that the WTO has yet to receive communication from any members with an intent to initiate dispute proceedings against the EV tax credit.

Simon Lester, current president of WorldTradeLaw.net, which provides summary and analysis of all WTO reports and arbitrations, said “there are pretty strong claims that various aspects of the statue violate a number of WTO obligations.”

“There are possible defenses the U.S. could raise, but the defenses are somewhat weak,” he said.

Presidents of both parties in the U.S. have expressed deep skepticism of WTO, but Biden administration officials have tried to bolster trade relationships overseas.

Trade experts are not confident there will be a functioning WTO body in the near future.

“The U.S. has an interest in this situation not to have a ruling against them,” Lester said.

Douglas Holtz-Eakin, president of the conservative-leaning American Action Forum said “there is no question” that provisions in the tax credit plan are discriminatory to foreign manufacturers. Without a resolution to the EV tax credit complaints, he said, “this will lead to some sort of retaliation on large U.S. corporations that do business in Europe.”

He added, “This isn’t even a close call, which means the U.S. doesn’t plan to step up and fix the appeals process anytime soon. On a bipartisan basis, leaders have become disenchanted with the WTO because of its inability to put pressure on China.”

Padideh Ala’i, an American University law professor who specializes in trade, said because the WTO has been unable to rein in China for its trade violations, the adjudicative organization has been seen as ineffective.

“But international rulemaking is important and in the absence of that what are we left with — a nonfunctioning appeals body,” world trade relationships will now be left to bilateral agreements and negotiations between powerful parties and smaller countries.

“We entered into these arrangements so that we can safeguard peace, so now we are going to find out what the alternatives are without a WTO appellate body.” News Source – AP