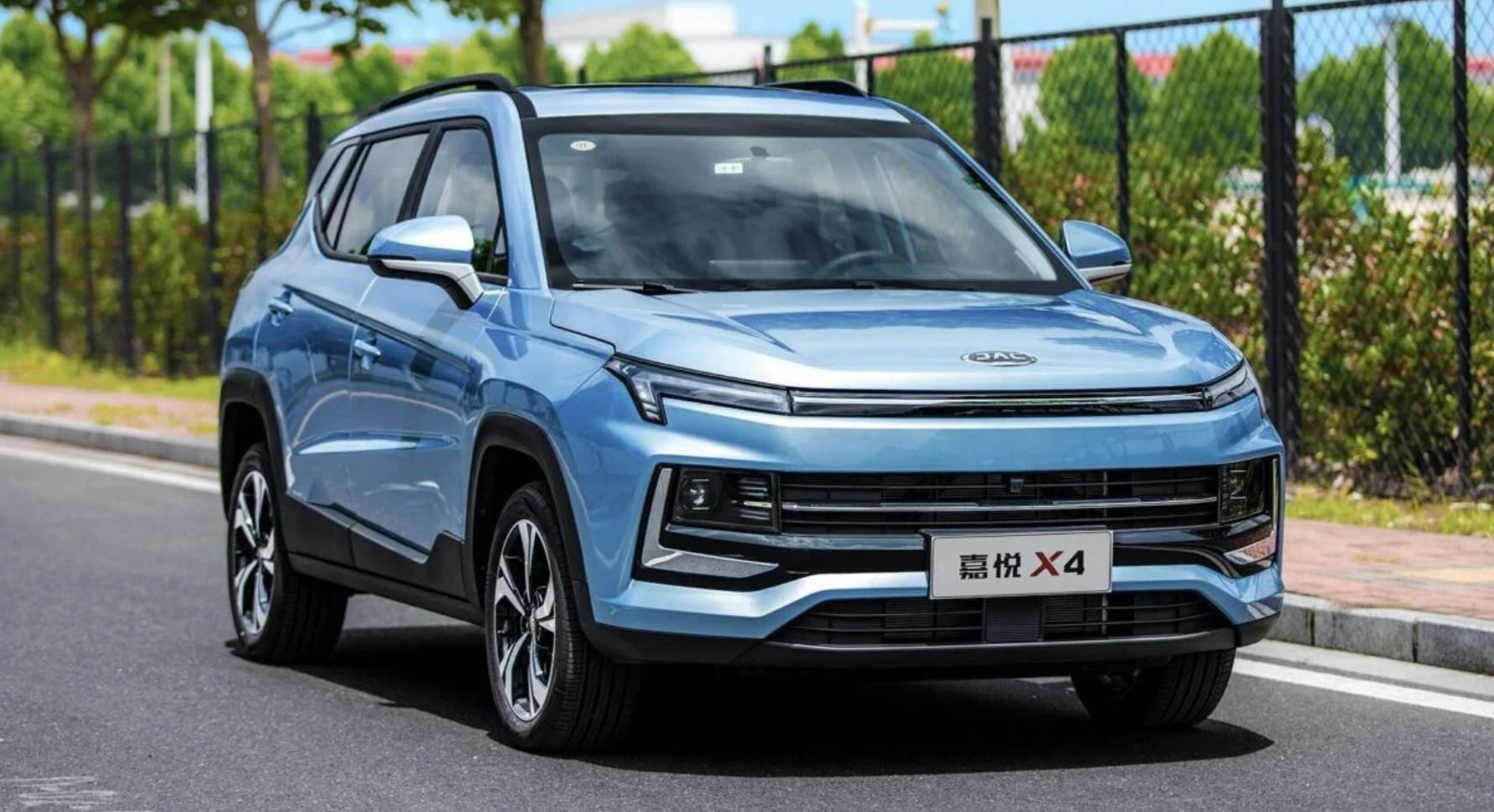 Chinese JAC has introduced a new crossover JAC JS4 in Russia. The front-wheel drive compact SUV will be sold in three equipment levels with two motors to choose from.

The base JS4 in the Comfort package got a 1.6 engine with a power of 116 hp, mated to a six-speed manual gearbox. Such crossovers are equipped with halogen headlights with the “take me home” function, power windows, power mirrors, steering wheel height adjustment, air conditioning, rear parking sensors, USB ports front and rear, Autohold system, as well as cruise control and a radio with four speakers .

In the “medium” Luxury configuration, the novelty is equipped with a 1.5-liter gasoline turbo engine with a capacity of 136 hp. and is combined with both a manual transmission and a stepless variator.

The list of equipment of the “luxury” JS4 is supplemented by a leather-trimmed steering wheel, combined upholstery (plain fabric in the base), an electric sunroof, climate control, additional air ducts for rear passengers, a rear-view camera, a tire pressure system, front side airbags and air curtains, as well as an advanced media system with a 10.25-inch touch screen and six speakers.

Crossovers in the top version of the Flagship are equipped only with a turbo engine and a CVT, and the interior is completely leather (of course, made of eco-leather). In terms of equipment, the “flagship” versions are distinguished by LED headlights, an electric tailgate, mirrors that automatically fold when the car is closed, a digital instrument panel, an electric driver’s seat, heated front seats, all-round cameras and a package of electronic driver assistants, which includes a lane control system motion, forward collision warning and blind spot sensors.

Prices have not yet been announced, but earlier JAC JS4 appeared in the catalog of one of the dealers with a price of 1.7 million rubles for an average configuration.