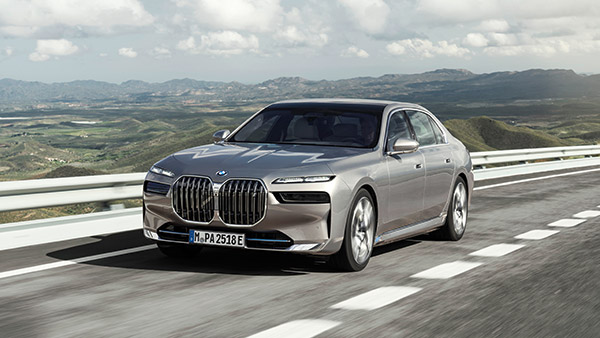 The company has paid a lot of attention to make the style and look of the new 7 Series premium. The new 7 Series has been launched side-by-side against the Mercedes-Benz S-Class. The company has given it a new and bold design. The 7 Series has been designed based on customer feedback in markets like China and the US, which sets it apart from the 6 Series, which was launched in 2015.

Talking about the design, it has a signature kidney grille on the front. It gets a split LED headlamp which is mounted on the bumper, while the LED DRLs are placed above the headlight. Talking about the side profile, a line has been given from the bonnet to the boot of the car on both sides which ends at the tail light. In this, new touchpad door handles have been given in place of the conventional door handles.

Will be available in three variants

The company is offering it in three M variants which include M Sport, M Sport Pro and M Performance. The company is also offering the option to choose from 19-inch standard and 21-inch optional black out and chrome alloy wheels.

Talking about the interior, the cabin of the car has been given more premium features than before. BMW has used the latest iDrive 8 operating system in it. It gets a 14.9-inch infotainment system, 12.3-inch instrument display, and flat bottom steering wheel.

It gets a roof-mounted 31.3-inch 8-K cinema screen for rear-facing passengers. This is the newest luxury feature of this car. In this, video can be streamed from Amazon Fire TV.

Will be equipped with hybrid engine

BMW’s flagship four-door sedan will be produced with a range of different drivetrains, including mild-hybrid petrol and diesel, along with a plug-in hybrid and pure-electric unit. In fact, BMW has decided to completely discontinue the petrol engine for the European markets. It will be replaced by a new petrol-electric plug-in hybrid drivetrain, which offers an electric range of over 80 km.

The petrol hybrid model will be equipped with a 3.0-litre 6-cylinder petrol engine with 18.7kWh battery. This engine combined produces 489bhp of power and 698Nm of peak torque. It can be driven up to 70-80 kms in electric mode only.