New 2022 Toyota Glanza launched in the Indian market, know what is the price and what is new 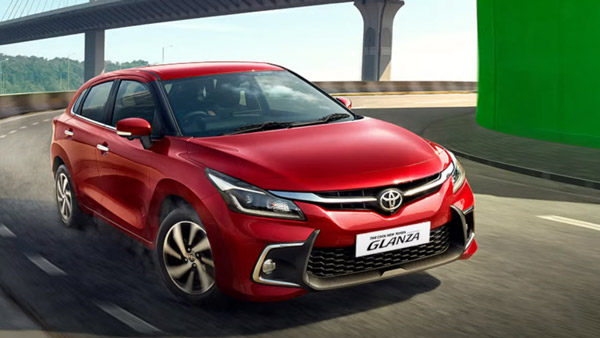 The company has made many changes in its exterior. Let us tell you that the company has already started booking this car and customers can book from any dealership or the company’s official website. The Toyota Glanza is a rebadged version of the company’s partner company Maruti Suzuki’s Baleno.

The new 2022 Toyota Glanza has been launched in the market with many changes. It gets a new chrome grille, which is similar to the Toyota Camry and Toyota Corolla. Along with this, its bumper has also been given a new styling as well as new 16-inch alloy wheels have been used.

Coming to the rear, the Glanza of the 2022 Toyota Glanza and the badges of the Toyota will be kept similar to that of the 2022 Maruti Baleno. Here too, the Glanza’s dashboard remains the same as the new Baleno except for the Toyota badge. The company has given a different black and beige color scheme from Baleno’s Black Blue scheme.

Apart from this, it has been given Aermaki tuned sound system, heads up display, 360 degree camera, 45 connected car features, six airbags and electronic stability control. Along with this, cruise control, automatic climate control, auto LED headlight, keyless entry, push button start have also been given.

It has been launched with a powerful 1.2-litre K-series petrol engine, which provides 89 bhp power and 113 newton meter torque. It gets the option of both manual and AMT gearbox. The company claims that it is going to provide a mileage of 22+ kmpl.