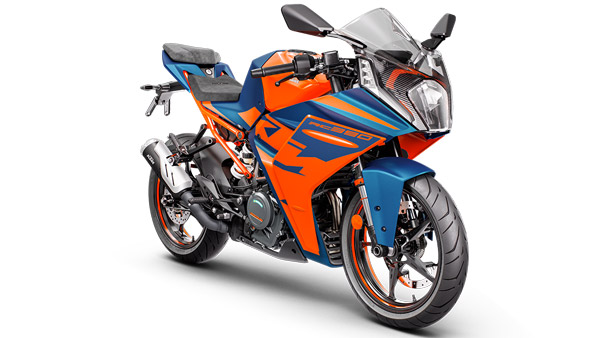 The entry-level superbike made its official global presence earlier this year with its smaller version, which has received a slew of updates. Ahead of its arrival in the showroom, the company released a short teaser of the new-generation KTM RC 390 on its social media handle.

Before this, pictures during the testing have been revealed, in which some information about its design has been revealed. This sports bike looks a lot better than it actually is in its final production model. The fully faired motorcycle gets a new single-piece LED headlight setup.

Along with this, the motorcycle gets a completely redesigned front face with a bigger windshield. The motorcycle is flanked by a redesigned LED headlight cluster with LED DRLs and turn indicators on each side.

The new-gen KTM RC 390 comes with a wider front fairing, which enables better aerodynamics than its predecessor. The aerodynamic properties are further enhanced due to the revised side fairing, which includes air vents to ensure optimized air flow.

Other styling updates include a revised tail section with a more muscular fuel tank, new body graphics and new seating setup. The ergonomics of the faired sports bike was somewhat eased due to the presence of an adjustable clip-on handlebar.

However, the riding posture is still very committed due to the rear-set footpegs and large fuel tank between the rider and the handlebar. Details like side-on upswept exhaust and split seats have been carried forward from the currently sold KTM RC 390.

KTM India The architecture of the KTM RC 390 has also had a subtle impact on it. With no modifications to the main frame, the new KTM RC 390 gets a new bolt-on rear subframe for better on-road dynamics. Suspension duties are handled by USD forks at the front and an alloy swingarm braced by a mono-shock unit at the rear.

Talking about the engine of the new KTM RC 390, this motorcycle is powered by the old 373cc single-cylinder, liquid-cooled engine, which provides 44 bhp power and 37 Newton meter maximum torque. The increase in torque output is possible thanks to the larger air-box in the new superbike.

As a result, the top-speed of this sport bike has increased to 11 kmph. With this engine, the company has fitted a 6-speed gearbox that comes with slipper and assist clutch.