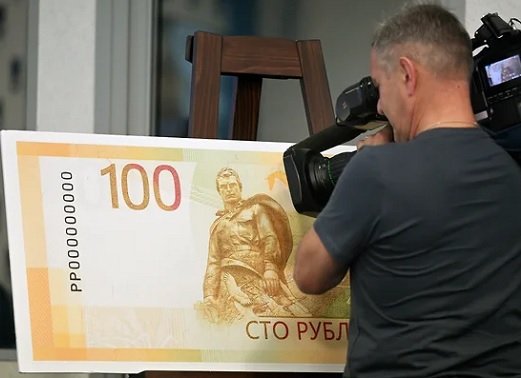 Today was presented a new 100-ruble note, however, according to financial market participants, it will not soon become widespread. In order for the Russians to really be able to use this banknote without any problems, it is necessary to set up ATMs, terminals and cash equipment to recognize it. According to bankers interviewed by Kommersant, it will not be so easy to cope with this task under sanctions, since the leading Western manufacturers of ATMs – NCR and Diebold Nixdorf – left Russia.

The Association of Banks of Russia (ADB) reported back in the spring that more than 60% of ATMs are NCR and Diebold Nixdorf, and all cash equipment is foreign-made, so it is better to postpone the issuance of new banknotes for about six months. According to ADB, in the current situation, it has become impossible to update the software to add or change patterns of recognizable banknotes. As a representative of one of the sanctioned banks told reporters, foreign suppliers will definitely not modify their software for the new Russian banknotes. Kommersant’s source in the payment market agrees: it’s hard to imagine now that developments for the Russian market will be a priority.

Market participants believe that the announcement of the introduction of a new 100-ruble banknote into circulation was formal. Thus, the commercial director of the IMPAYA processing center, Alexey Razumovsky, is sure that the process of switching to a new banknote will take several years. Dmitry Vishnyakov, an independent expert in the payment market, noted that the solution to the problem with ATMs could be equipment from manufacturers from friendly countries or unofficial deliveries under the parallel import scheme.