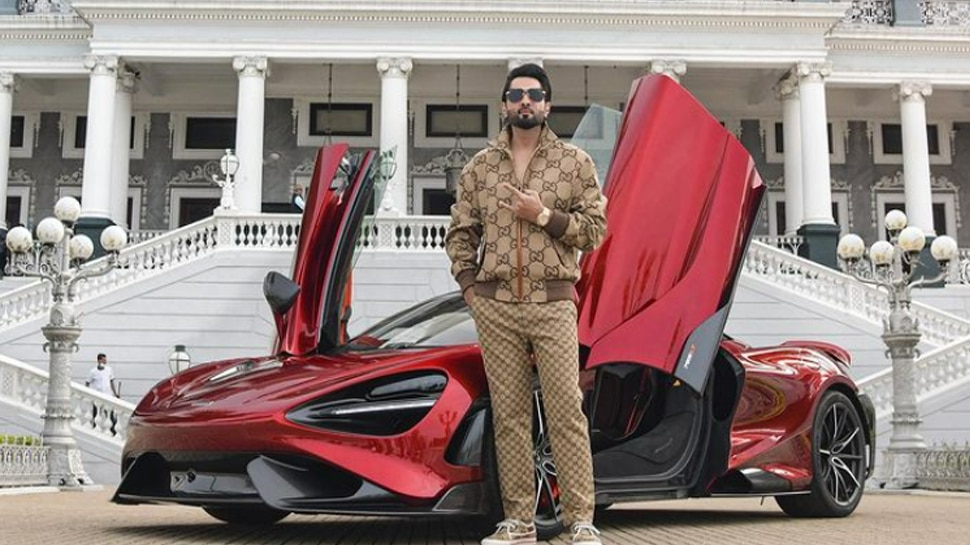 McLaren 765 LT Spider: Nasir Khan is a big businessman in Hyderabad.  He has a different status in the city of Nizams. According to reports, he has bought India’s most expensive supercar McLaren 765LT Spider.

Most Expensive Car In India: Car enthusiasts have a different world. There are big car enthusiasts in India too. But Nasir Khan’s stature in this list is much higher than others. Nasir Khan owns every expensive car. Not only this, they have now become the first customers and owners of India’s most expensive supercar. We are talking about the British company McLaren 765 LT Spider Super Car. Nasir has recently bought this car with a hefty amount. Let us tell you about Nasir Khan.

Who is Nasir Khan?

Nasir Khan is a big businessman from Hyderabad.  He has a different status in the city of Nizams. According to reports, he has bought India’s most expensive supercar McLaren 765LT Spider, which is being valued at around Rs 12 crore.

Katrek.A com report stated that Nasir Khan recently received delivery of supercar at Taj Falakanuma Palace. According to the report, he is probably the first customer of the 765 LT Spider in India. British luxury supercar maker McLaren Automotive entered the Indian market in November last year. It offers six supercars with a price starting at Rs 3.72 crore and the 765 LT Spider is said to be the most expensive for around Rs 12 crore.

Entrepreneur and car collector Nasir Khan shared pictures of his prized car in an Instagram video. Photographed with a red supercar, Khan wrote, Welcome home McLaren 765 LT Spider, what a majestic place to take delivery of this beauty!

Reportedly, the 765LT Spider is one of the fastest convertible cars ever built by McLaren. This coupe offers a highly aerodynamic design like the version. Carbon fiber has been used for the body work of this supercar and gets a more aggressive front bumper, spilter, side skirt and a wraparound rear bumper. As it is the convertible version, the roof of the supercar turns in just 11 seconds. Nasir Khan is known for his collection of luxury cars. He is seen posing on Instagram with many great cars.