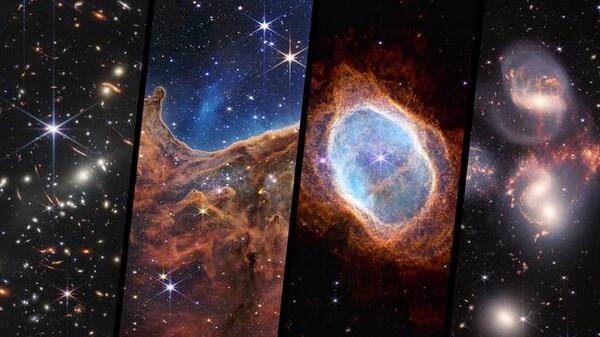 NASA’s James Webb Space Telescope, known for capturing some incredible pictures of the universe, has presented us with new pictures of our neighbor, Mars. The telescope captured its first picture and spectra of Mars on September 5. The James Webb Space Telescope, an international collaboration between NASA, ESA (European Space Agency) and CSA (Canadian Space Agency), was launched in December 2021. Last month, the telescope showed us a picture of Jupiter, showing aurora and ring-like rings around the planet.

NASA took a picture with the Webb telescope

In the official blog, NASA shares the news featuring the Webb telescope’s first pictures of the Red Planet. According to a NASA tweet on the telescope’s official Twitter handle, one of the close-up images describes the Huygens crater, the dark volcano Syrtis Major and the Hellas Basin.

Changes happening in the field of Mars

Webb’s first pictures of Mars have been captured by the Near-Infrared Camera (NIRCam). These photos show a region of the planet’s eastern hemisphere in two different wavelengths or colors of infrared light.

According to NASA, the team will use this imaging and spectroscopic data to track changes in the entire Martian region in the future. During this time they will also see traces of various gases in the planet’s atmosphere.

NASA has warned that an asteroid named Asteroid 2022 SW1 is moving dangerously towards Earth on September 20. The asteroid is already traveling at a staggering speed of 36252 kilometers per hour. NASA also says that the asteroid will be closest to Earth today at a distance of 679,000 kilometers, making it one of the closest asteroids to us this month.