NASA’s Ingenuity Helicopter, which flew 29 times to Mars, is going on vacation, this is the reason 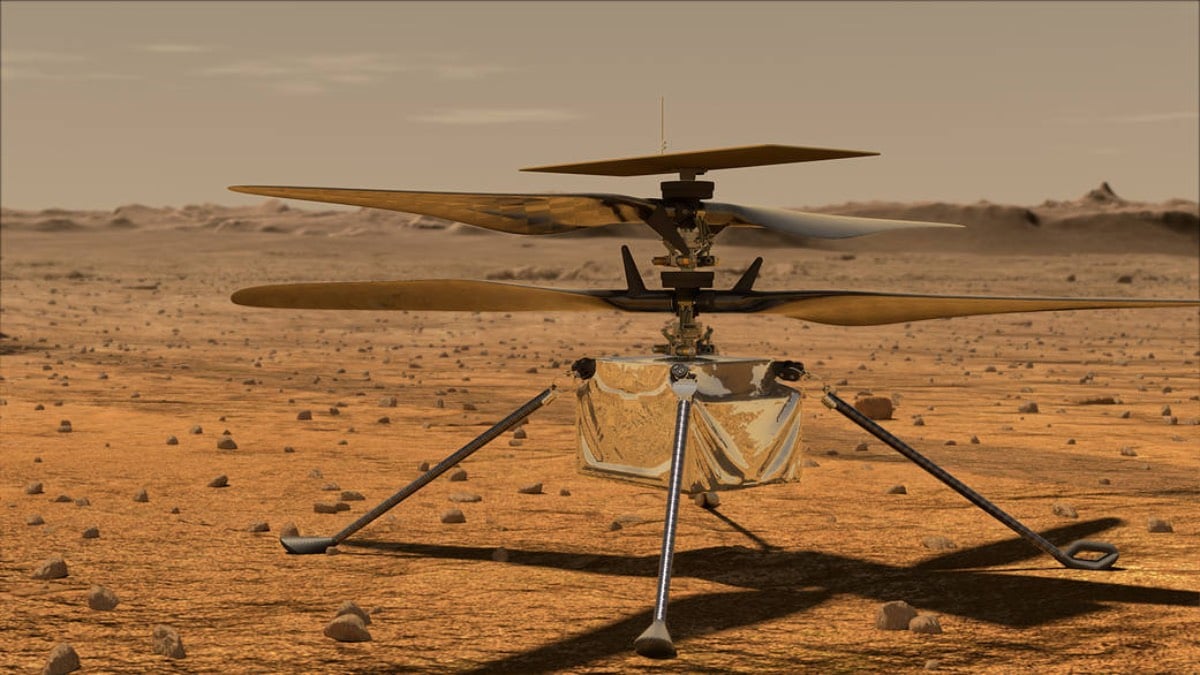 The Ingenuity helicopter of the American space agency NASA has surprised the world with its performance. This drone-like helicopter, looking for signs of life on Mars, completed its 29th flight last month in the harsh conditions there. Now this helicopter is going on a long ‘vacation’. NASA has said that the flights of this helicopter will be canceled for the next several weeks. Ingenuity’s team has told in an update that Mars has a dusty season and winter. That is, there is a lot of dust in the air and less sunlight. Because of this, the helicopter’s batteries will find it difficult to charge.

this series It is expected to continue till early August. After that, further decision will be taken keeping in view the trend of decreasing dust and decreasing winter. This helicopter is currently standing in the Jezero crater region of Mars. Last month, information came that a sensor of this helicopter has gone bad. The helicopter’s chief pilot had told that in the challenging environment of Mars, the helicopter’s sensor has failed and without it it will be difficult to proceed with the mission.

The Ingenuity helicopter was sent to Mars in February last year. Along with this is also NASA’s Perseverance rover. Since then, it has made 29 flights on the surface of Mars. However, its target was very few flights. NASA sent a helicopter to Mars to know whether a helicopter can fly to Mars? Ingenuity revealed that yes he can fly and do a lot more than that.

Ingenuity was built for only 5 flights on this planet, that too during the summer season. But this NASA helicopter has achieved much more than its capability. The temperature of Jezero Crater goes down to minus 80 °C at night. In such a situation, its team was shutting down the helicopter at night to save the helicopter, but now it is being sent on leave for the next several weeks. This vacation will help in charging the helicopter’s batteries.