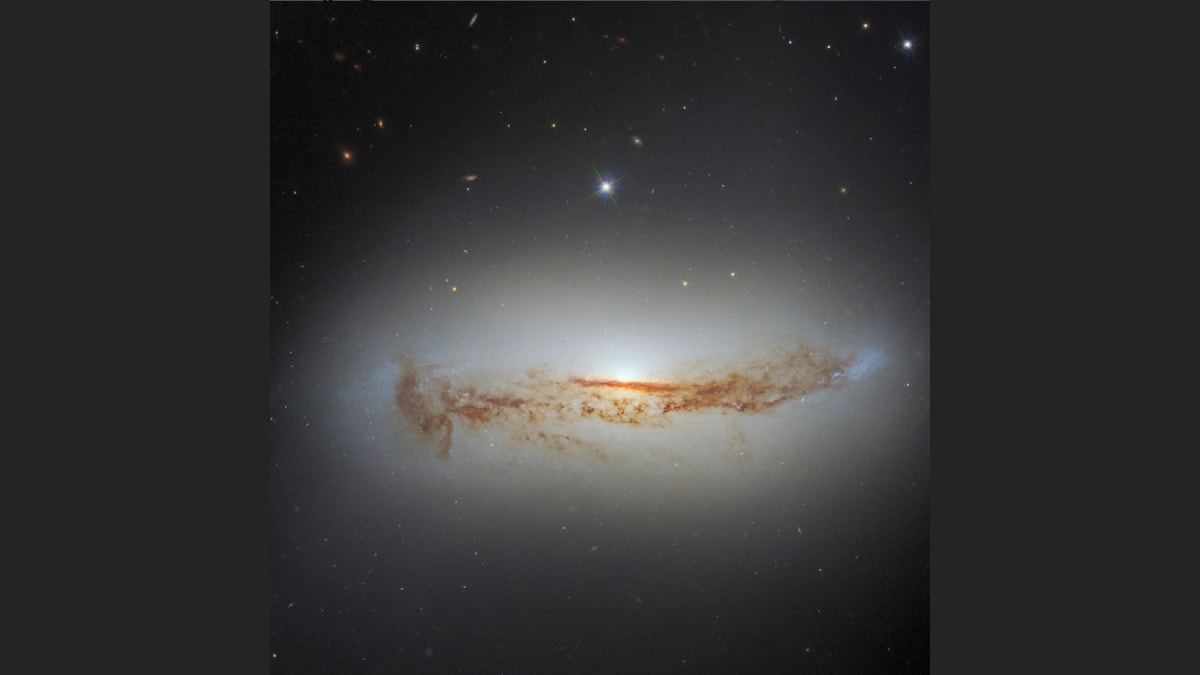 The Hubble Space Telescope of the US space agency NASA has surprised scientists by taking many pictures. It has helped in amazing discoveries. Now this telescope has captured a surprising image of an active black hole behind deep dust in space. This black hole is located in the spiral galaxy – NGC 7172. It is located in the very old constellation Piscis Austrinus, which is about 110 million light-years away from Earth. Dark dust passes through the center of the galaxy and blurs its bright center. NASA has said that due to the dark dust, NGC 7172 is no more visible than a normal spiral galaxy.

When dust and gas fall into the supermassive black hole at the center of the galaxy, it produces bright light. NASA Scientists have also discovered that NGC 7172 is a Seyfert Galaxy Is. A Seifert galaxy is a spiral-shaped galaxy with a small, bright, dot-like nucleus. He changes her brightness. Such a galaxy can produce more radiation than other galaxies. Seifert galaxies are named after American astronomer Carl K. Named after Seifert. He drew the world’s attention to this class of galaxies for the first time in 1944.

The Hubble Space Telescope captured this image with the help of two instruments. These include the Advanced Camera for Surveys and the Wide Field Camera 3. By combining the data of both, this picture came out.

Although this telescope is now in its old age. NASA launched the James Webb Space Telescope as its successor late last year. James Webb of $10 billion (about Rs 75,785 crore) is the most powerful observatory ever sent into space. It is currently going through the deployment phase and can fully start its work from this summer. James Webb has also been developed jointly by NASA and the European Space Agency. Its purpose is to shed new light on the origin and evolution of the universe.