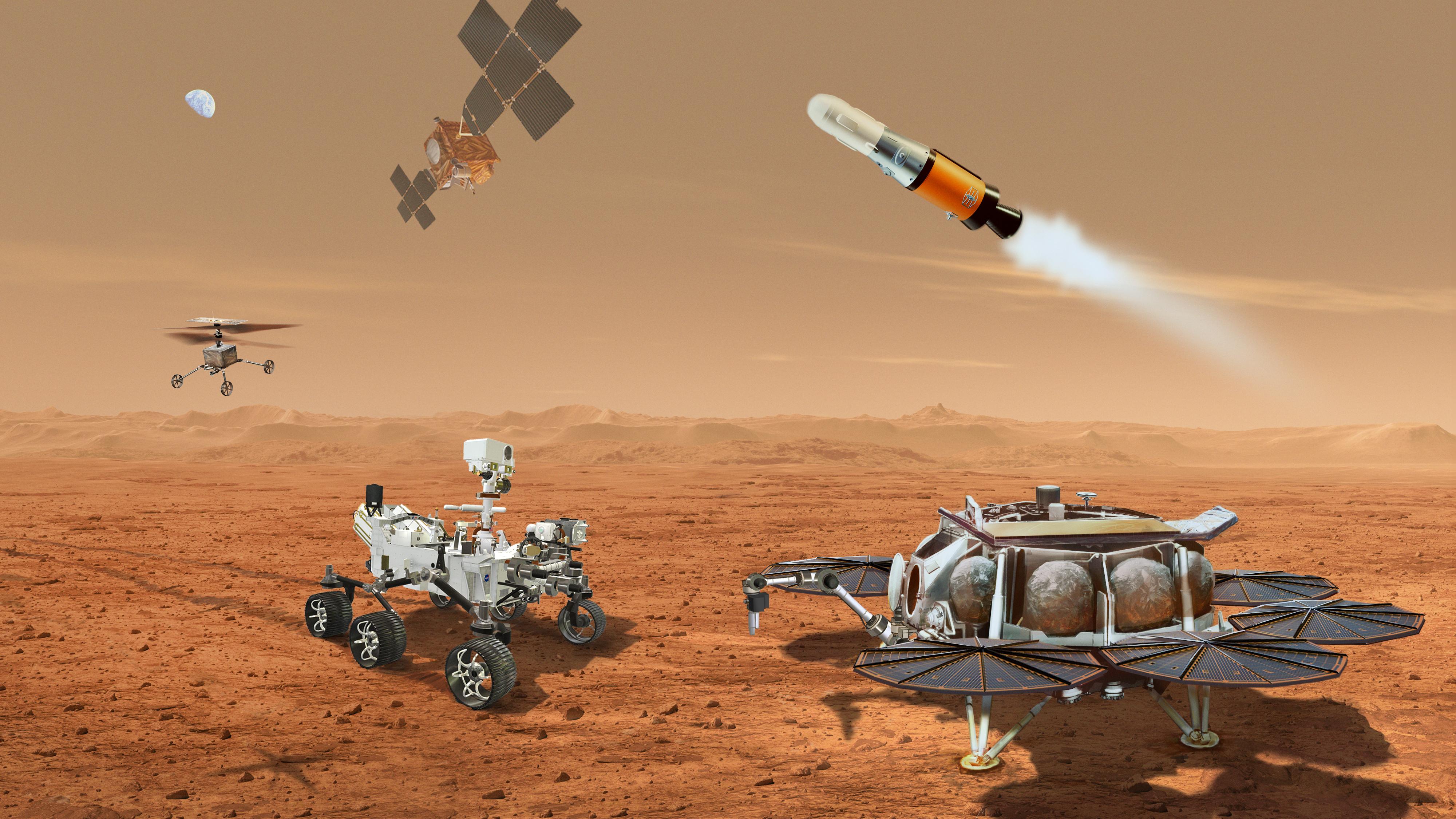 NASA has released an updated plan to bring Martian rocks and soil samples back to Earth. Now it features two mini-helicopters.

“The launches of two mini-helicopters are scheduled for autumn 2027 and summer 2028. They are expected to load rock and soil samples from Mars onto a special rocket that will return them to Earth in 2033.,” NASA said. The helicopters will weigh about 1.8 kg and will be equipped with special wheels and gripping arms.

Preliminary design of mini-helicopters will begin in October this year. The stage will last about 12 months, it will result in the creation of engineering prototypes of two models for their further assembly.

NASA’s Perseverance rover, whose task is to study the properties of sedimentary rocks and soil, has already collected 11 rock samples. They (as well as subsequent samples) are planned to be delivered to Earth for laboratory research.