NASA tested ‘holoportation’ technique, doctors appeared in front of astronauts, know about it 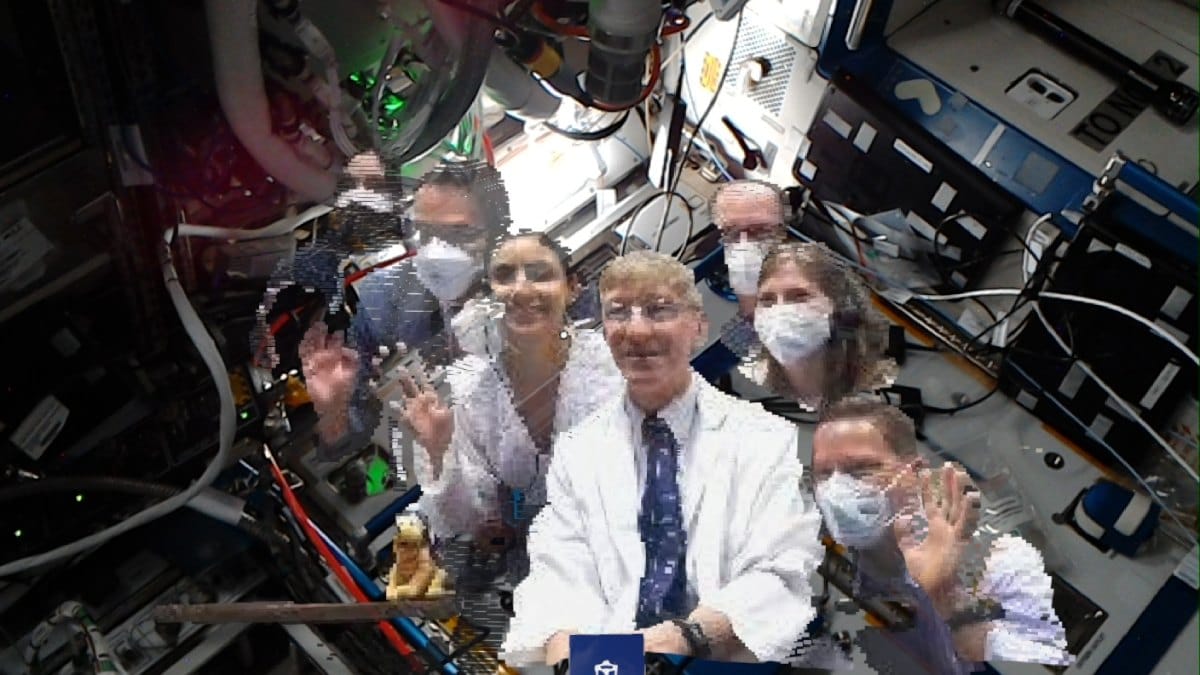 The US space agency NASA has said that it has tested a communication technology named ‘holoportation’. It sounds like a word that seems to have come from a science fiction movie and has little relevance in everyday life. Although the word is a combination of ‘hologram’ and ‘teleportation’. In October last year, NASA used this innovative 3D technology to ‘holoport’ its flight surgeon Dr. Joseph Schmid to the International Space Station while the doctor was physically on Earth.

As part of this technology, 3D holograms of Dr. Schmid and his team members were created and transmitted to the space station, which appeared as live conversations with the astronauts. of nasa according to Holoportation communication allows high-quality 3D models of people to be transmitted anywhere in real time. If paired with mixed reality displays like Microsoft’s HoloLens, the technology enables users to see, hear and interact with people in 3D. It was as if they were all present in the same place.

It should be noted that the technology used for holoportation is not new. Microsoft is using it since 2016. Although NASA is the first agency to use holoration in the extreme environment of space in the year 2021.

Flight surgeon Dr. Joseph Schmid has said that this is a completely new way of human communication at an altitude of thousands of kilometers from the earth. Even though physically we were not there, but humanly we were there.

The US space agency plans to use this technology on a large scale for two-way communication on future space missions. In this, people from Earth are holoported into space and astronauts are brought to Earth. All this is especially useful for therapy and meeting people with their families. According to NASA, there is also a possibility of combining this technology with Augmented Reality.