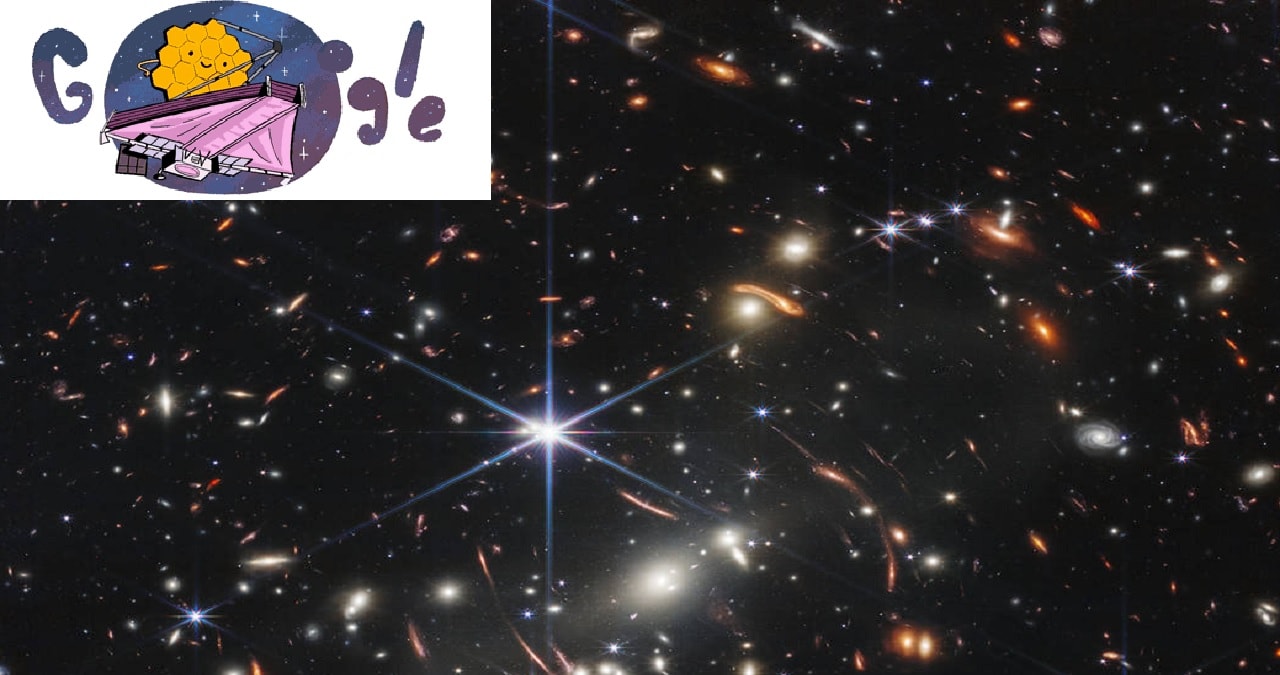 Today’s Google Doodle is very special about our universe. Yes, today i.e. on Wednesday, Google has shared the photo of the Webb Space Telescope with special graphics released by the space agency NASA, which is being said to be the clearest photo ever. The Google Doodle featured an animated James Webb Space Telescope (JWST) taking a photo. Google has shown this photo by making a slide doodle.

It is also known as JWST or Web which is one of the great feats in science and engineering for humanity. Presenting the first photo at the White House, US President Joe Biden said “This is the greatest achievement in the history of space before 13 billion. I say again, 13 billion years ago. We could see something like this.” which has never been seen before. “We can go places no one has ever been before.” NASA Administrator Bill Nelson explained that “that’s how we’re going back, because this is just the first photo.” Is. Going back about 13 and a half billion years. We know space is 13.8 billion years old, you’re almost going back to the beginning.”

It is the most powerful and largest infrared telescope ever placed in space. This is the largest international space mission ever. Today, 6 months after takeoff, NASA presented Webb’s first operational photo with great clarity.

JWST is named after James E Webb, the second NASA administrator, who led the Apollo mission, which landed humans on the Moon for the first time. The telescope was launched on December 25, 2021 from the Guiana Space Center in Kourou, French Guiana. It took a month to reach its orbit at a distance of 1.5 million kilometers from Earth. The program was accomplished through a collaboration between the National Aeronautics and Space Administrator (NASA), the European Space Agency (ESA) and the Canadian Space Agency (CSA).