Nasa shared a picture taken from the largest telescope in space, but it is a ‘teaser’, the original ‘picture’ is yet to come 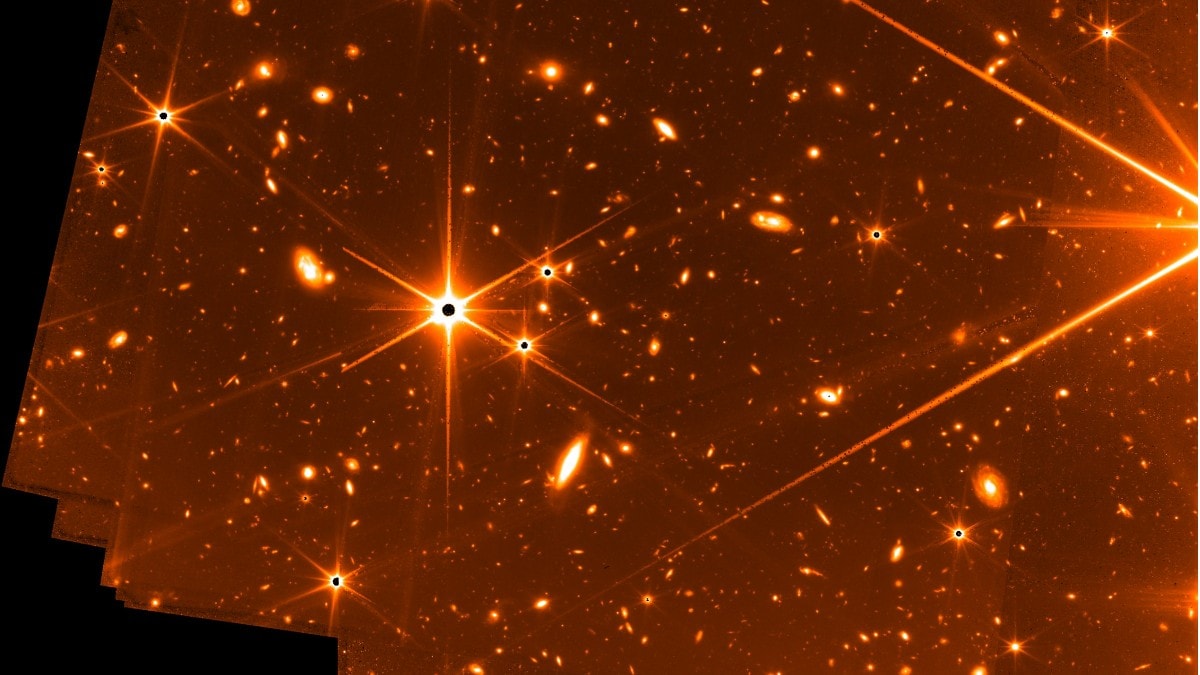 The US space agency NASA launched the largest telescope ever in space in December last year. Its name is the James Web Space Telescope, which cost $10 billion (about Rs 75,330 crore) to build. This telescope was setting itself in space. This work has now been completed. In the past, NASA had informed that on July 12, it will release the first fully prepared picture taken from the James Webb Telescope. Just before that, NASA has shared an engineering test photo. This result of 72 exposures in 32 hours shows a set of distant stars and galaxies.

Through the picture, NASA has tried to tell how many great pictures of deep space are going to be revealed in the coming days. The quality of the current image is said to be normal, yet it is ‘one of the deepest images ever seen in the universe’. The image was captured by the Webb Telescope’s Fine Guidance Sensor (FGS). NASA has said that there are some features of this test image, which are different from full-resolution images, those images will be released next week.

Talk about an overachiever!

Gaze at this test image — an unexpected & deep view of the universe — captured by Webb’s Fine Guidance Sensor (FGS) in May. Built by @csa_asc to point Webb precisely at targets, taking glamour shots isn’t even FGS’s main job: https://t.co/aQUAFHcNV5 pic.twitter.com/uYoh4t8PX2

Neil Rowlands, program scientist for the Webb Telescope’s Fine Guidance Sensor at Honeywell Aerospace, said that when this image was taken, he was thrilled to see the detailed structure of these galaxies clearly.

Jane Rigby, Operations Scientist of the Webb Telescope at NASA’s Goddard Space Flight Center, has told that this telescope will study the galaxies seen in this picture in the coming days. NASA Administrator Bill Nelson said last week that the Webb telescope has the ability to see the farthest part of the universe compared to any telescope.

This project of James Webb Space Telescope has been started jointly by NASA, European Space Agency and Canadian Space Agency. This telescope was launched on 25 December from Ariane-5 rocket. After being released into space, this telescope slowly began to open itself. Even during testing, it took some pictures and sent them to the earth. These were shared by NASA.