NASA is making floating robots to detect aliens, will be sent on this mission 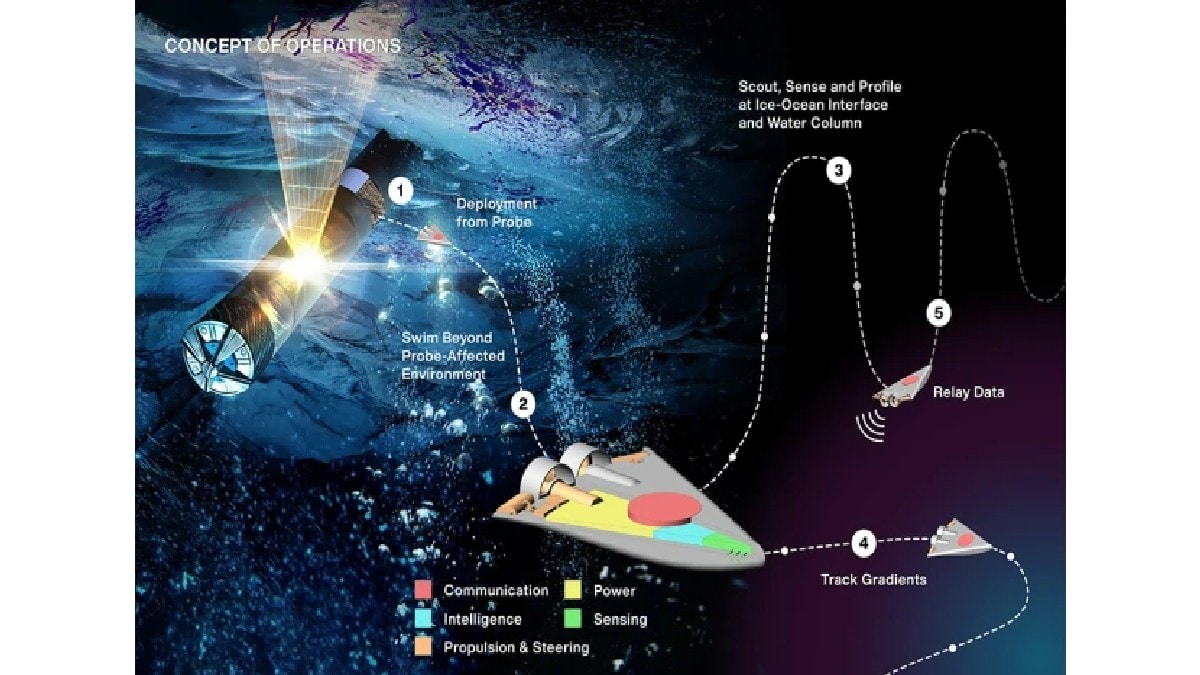 The debate over whether or not aliens exist has raged for years. Scientists are also engaged in their discoveries. US space agency NASA is building a swarm of ‘cellphone-sized robots’. It is believed that these robots will be able to search for the presence of aliens in the water under the thick icy layer on Jupiter’s moon Europa and Saturn’s moon Enceladus. It is said that these small robots will be fitted inside a probe capable of melting ice. The probe will cut through the ice and make a way for itself. After this the robots will be released in the water. After this the robots will swim and grope the aliens life there. Ethan Schaler, an engineer at NASA’s Jet Propulsion Laboratory, is the brain behind this innovative idea.

The concept, named Sensing with Independent Micro-swimmers (SWIM), recently received $600,000 in funding. Schaler and his team have to develop and test a 3D-printed prototype of the concept over the next two years.

of report according to Ethan Schaler’s mini robots will be much smaller than other concepts. Their specialty will be that many robots can be packed in a single probe. If this project is successful, the possibility of life in the satellites of our companion planets, millions of miles away from Earth, will be discovered and this work will be done very fast.

The robots that have just been conceived will each be about 12 centimeters tall. Each robot will have its own propulsion system, onboard computer and ultrasound communication system. Apart from this, sensors measuring temperature, acidity and pressure will also be installed. In the second phase of the study, chemical sensors will also be added to monitor the biomarkers.

NASA’s Europa Clipper mission is planned to be launched in the year 2024. Scientists are busy preparing for the investigation of this satellite of Jupiter. However, it is not yet clear when the swimming robots will be launched. There is also an estimate that these robots will also be launched with this mission. Many more information related to this mission is expected to come out in the coming days.