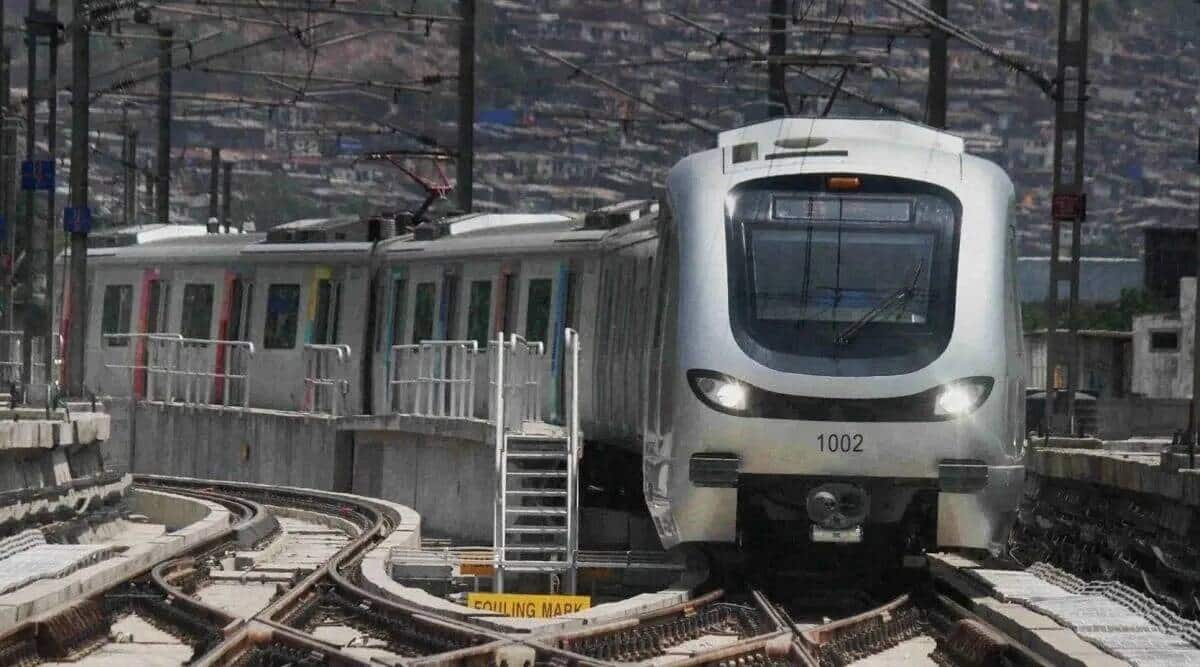 The Metro line 3, which will be a 33.5 km underground route, will connect south Mumbai with the western suburbs and is expected to reduce the burden on the suburban locals.

The Mumbai Metro Rail Corporation Limited (MMRCL) on Tuesday launched the trial run of the Colaba-Bandra-SEEPZ Metro line-3 at Sariput Nagar in Aarey Colony here. Maharashtra Chief Minister Eknath Shinde and Deputy CM Devendra Fadnavis flagged off the trial run around 11 am .On the occasion, Fadnavis said the opposition to the Metro line-3 project (car shed) was more political than for environmental reasons. The Metro line 3, which will be a 33.5 km underground route, will connect south Mumbai with the western suburbs and is expected to reduce the burden on the suburban locals.

The trial run marks an important development in the realisation of the Metro track shrouded in controversy.Before giving the green signal, Shinde and Fadnavis inspected the Metro train from inside.MMRCL Managing Director Ashwini Bhide was present on the occasion.The construction of Metro car shed at Aarey, a forested land adjoining the Sanjay Gandhi National Park, was one of the first decisions reversed by the Shinde-Fadnavis government formed on June 30 this year. Last month, former chief minister Uddhav Thackeray had fervently appealed to the new government “not to stab Mumbai in its heart” by going ahead with the construction of the car shed at Aarey.

Fadnavis said, “In my opinion, the ongoing opposition to the Metro line-3 project is more political than for environmental reasons.” “Nearly 17 lakh people will travel daily on this line once it is operational. With the commencement of this line, nearly seven lakh vehicles will go off road. It will definitely support the environmental cause,” he said.

Fadnavis had recently directed state Advocate General and the administration to submit a proposal on building the car shed in Aarey Colony, instead of Kanjurmarg which was chosen by the previous Uddhav Thackeray-led state government. The Deputy CM on Tuesday said, “The previous government tried to shift the car shed to Kanjurmarg. Irrespective of shifting it to Kanjurmarg, it was necessary to create some infrastructure here at Aarey.” In 2014, the Metro-3 car shed was first proposed at Aarey by then chief minister Prithviraj Chavan, which was challenged by local NGO Vanshakti in the Bombay High Court, with a plea to prevent cutting of trees in the area.

Fadnavis, who had succeeded Chavan, went ahead with the same site. But, green activists had vehemently opposed the cutting of trees in Aarey for the car shed. After the Shiv Sena-NCP-Congress alliance came to power in 2019, the then CM Uddhav Thackeray reversed the decision, shifting the Metro-3 car shed to a site in the Kanjurmarg eastern suburb, but it was embroiled in a legal dispute.