Mumbai: Amidst rising fuel prices, the price of CNG has come down, the burden will be reduced by Rs 6/kg 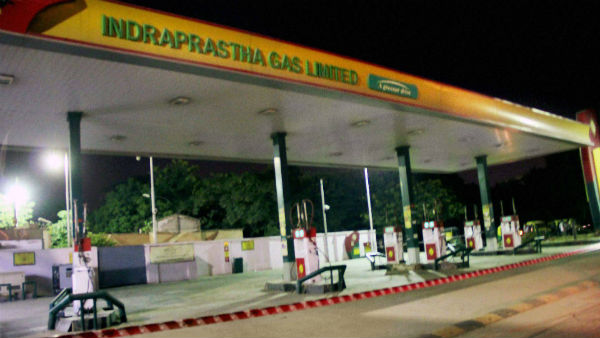 This isn’t any kind of April Fool’s joke, but it’s great news for customers. The demand for CNG cars in the country has increased a lot in the last one year and due to this, the price of CNG has increased by 27% in the last 6 months and in such a situation it is a big relief. In such a situation, due to the low price, the savings of customers will be 65% and 41% respectively compared to petrol and diesel.

Autorickshaw and taxi drivers who use CNG model are going to benefit the most from this exemption. These unions have been demanding a hike in fares since February as the price of CNG had risen from Rs 49.40 to this level. Let us inform that the price of diesel has been Rs 100.94 / liter and the price of petrol has been Rs 116.72 / liter.

The company claims that if this project on e-fuel is successful, then it can be a big success in reducing vehicular pollution in the environment. Hyundai says electric vehicles are increasingly being adopted around the world. However, the adoption of electric vehicles in many countries has been slow due to the high cost of electric vehicles and the lack of charging networks. In such a situation, the use of e-fuel will not only maintain the use of existing vehicles but it will also reduce pollution.

Hyundai Motor Company has already revealed its carbon neutrality 2045 project. The company claims that it will be a completely carbon neutral company by 2045. The company is also committed to clean transportation and developing clean energy sources.

The company says that e-fuel can be used instead of conventional fuel in hybrid cars. This will reduce the emission of greenhouse gases. According to Hyundai, e-fuel is being touted as the fuel of the future. The use of this fuel in transportation systems could reduce the serious air pollution problem in many countries.

Over the next two years, Hyundai Motor Group, Aramco, and King Abdullah University will collaborate to research and potentially develop a new kind of advanced fuel. The Hyundai Motor Group, along with its automotive and technology leadership, will provide a state-of-the-art, ultra-lean-burn gasoline engine for use by the research team.

This test on clean fuel will be done at King Abdullah University’s Clean Combustion Research Center (CCRC). If the trial is successful, the focus will be on the production of e-fuel. Companies will invest in clean transportation and green energy solutions to achieve a better and more sustainable future.

This is a great news for the CNG drivers and may also bring down the autorickshaw fares in Mumbai. Now it has to be seen when the customers of petrol and diesel get relief.