Much more productive than you might expect. AMD Unveils Ryzen 6000H / U Mobile APUs 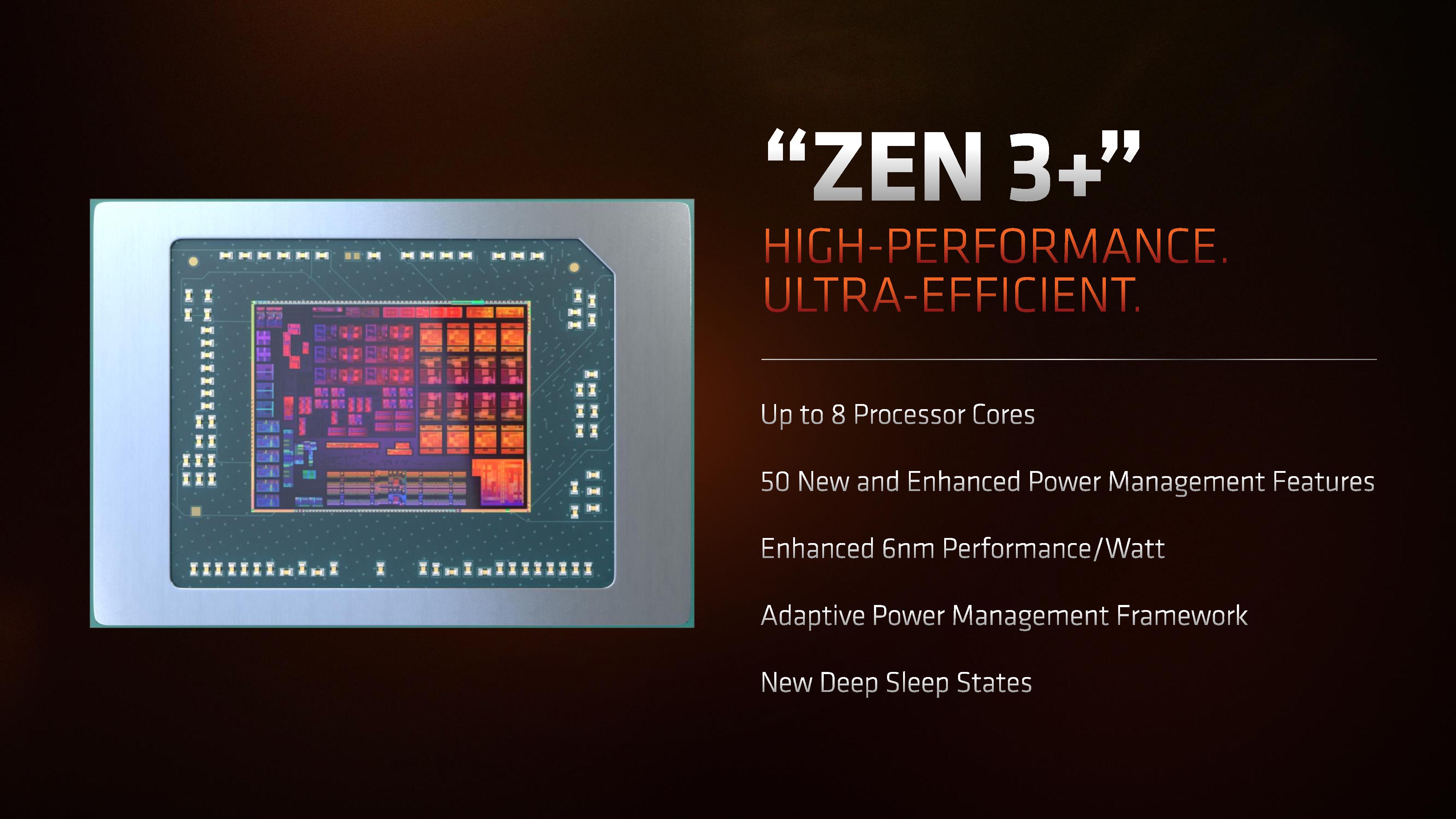 AMD also pleased with the announcement of new processors, but primarily mobile ones. They are part of the Ryzen 6000 line, and now again, AMD mobile and desktop processors will be in different numbered lines within the same year.

Be that as it may, the mobile Ryzen 6000 is really different from its predecessors. The processor part has changed little on paper: we have at most the same eight cores, but now with the Zen 3+ architecture. It’s not clear how much the Zen 3+ architecture itself is faster than Zen 3, but AMD is talking about some very serious increase in comparison with Ryzen 7 6800U and Ryzen 7 5800U. In particular, we are talking about 11% growth in single-threaded mode, 28% in multi-threaded mode, and in some tasks, apparently, where iGPU is actively involved, the increase is more than double! However, it should be borne in mind that the technical process is new here (6 nm), and the frequencies are significantly higher.

But still, the GPU has undergone the greatest changes. It is now an RDNA 2 core with 12 CUs with 768 stream processors. In addition, the frequency is higher than 2 GHz. Recall that the sensational portable console Steam Deck has an APU with the same GPU, but with only 512 stream processors. And we have already seen that the console is capable of handling even the most modern games, although it is worth making allowances for the low resolution of the console screen.

Be that as it may, AMD itself shows with its diagrams that the GPU Radeon 680M in the Ryzen 7 6800U is sometimes several times faster than the graphics core in the Core i7-1165G7 and even the discrete GeForce MX450. True, Intel already has more modern CPU Alder Lake with a more productive GPU, but AMD hardly had the opportunity to compare its new product with them. AMD also demonstrates that the same Ryzen 7 6800U is capable of coping with the latest games in Full HD, and FSR activation allows you to get more than 60 fps, and sometimes even more than 100 fps. Of course, you need to wait for a comparison with new Intel, but the new mobile Ryzen may well be the carriers of the most powerful integrated GPUs at the moment.

AMD is also focusing on improved energy efficiency, claiming that the new Ryzen 6000U can consume up to 30% less power than its predecessors.

The rest is worth noting support for PCIe 4.0, DDR5, USB 4, Wi-Fi 6E. AMD expects laptops with the new APUs to be available in February. As you can see, there are no new models with four cores in the line now, but there are updated processors of the previous generation with slightly increased frequencies. Apparently, they will be responsible for the lower part of the segment.

Separately, it’s worth noting that AMD says its Ryzen 6000 is the first x86-compatible processor to fully support Windows 11’s advanced security features, thanks to an embedded security processor. Microsoft Pluto.