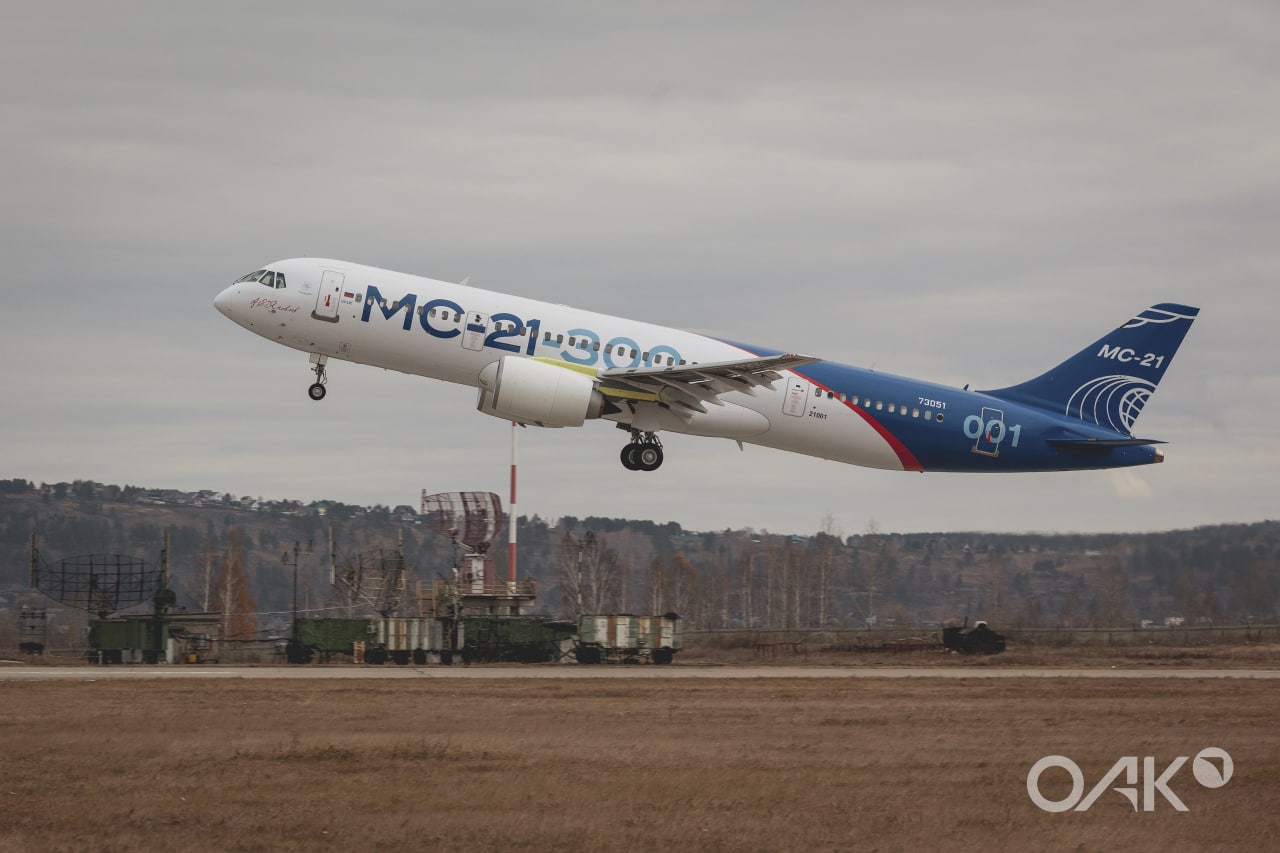 The flight copy of the MS-21 aircraft, which had previously been tested with an imported power plant, was remotorized and made its first flight with domestic PD-14 engines.

In addition to installing the PD-14 on the machine, the systems were finalized based on the results of past flight tests. Also, in order to integrate the domestic power plant, a number of imported aircraft equipment components were replaced with Russian counterparts.

Initially, the MS-21 project was developed by UAC with two types of power plant, but the aircraft will go into mass production with a domestic PD-14 engine. Possessing a high bypass ratio, the PD-14 is characterized by low fuel consumption, reduced noise levels and emissions of harmful substances.

Two days ago we reported that the remotorization of the first flight copy of the MS-21 aircraft was completed at the Irkutsk Aviation Plant, after which taxiing, a high-speed run along the runway and a test flight were performed.

It is planned to complete the certification of the aircraft with the Russian engine before the end of this year.