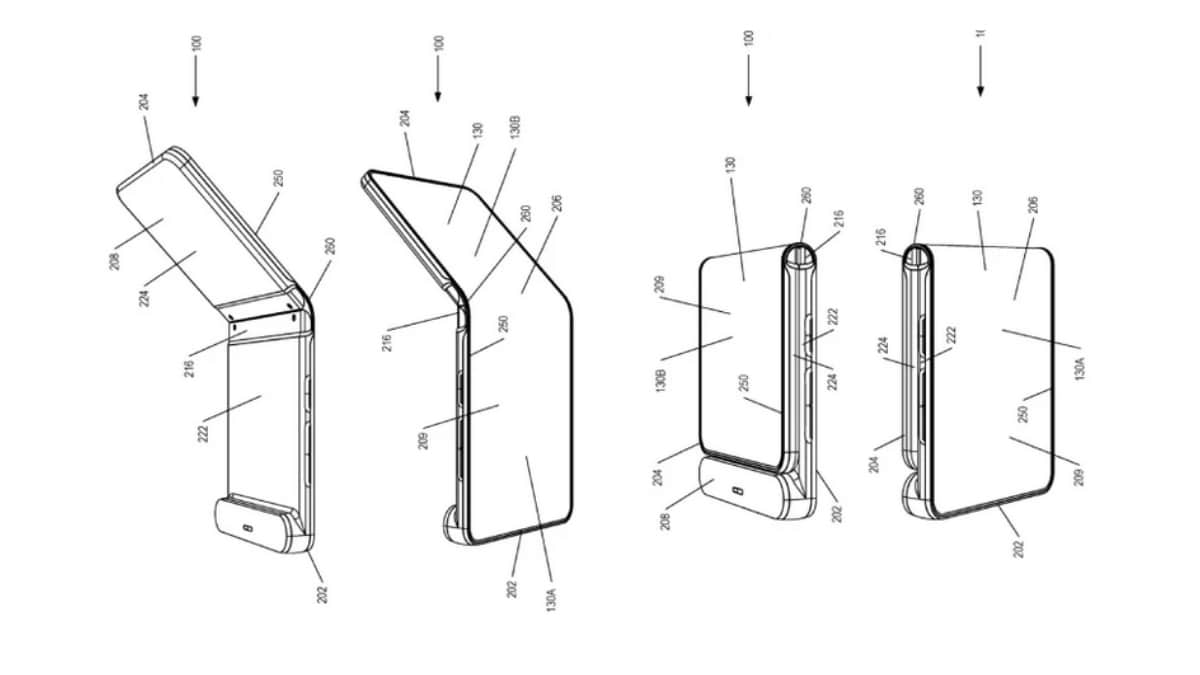 Motorola company is reportedly going to come up with a unique foldable flip phone soon, which will get a different design than other folding smartphones. Actually, by now you must have seen smartphones with clamshell folding design from various smartphone makers, which fold forward and make the phone smaller. But the Motorola company is soon going to come up with a foldable phone on the back, whose patent has surfaced online.

Phonearena’s latest Report It has been informed that a new patent has been spotted on WIPO (World Intellectual Property Organization), which was filed a few weeks ago. A different foldable flip phone can be seen in this patent image, whose display turns backwards instead of turning inwards. This technology will provide the display in the front and back of the phone.

Apart from this, it is being said that Motorola will provide a single camera in the phone, which can be used as a rear camera and selfie camera with a foldable display. However, in this position, half the size of the viewfinder will be available while taking photos as a rear camera. At the same time, selfies can be taken with this camera when unfolded.

However, it is to be noted that this is only a leaked patent of the phone. However, the company has not made any official information related to this phone public.