Motorola’s dazzling Smartphone coming to convince the hearts, the price will be only this much; Know amazing features 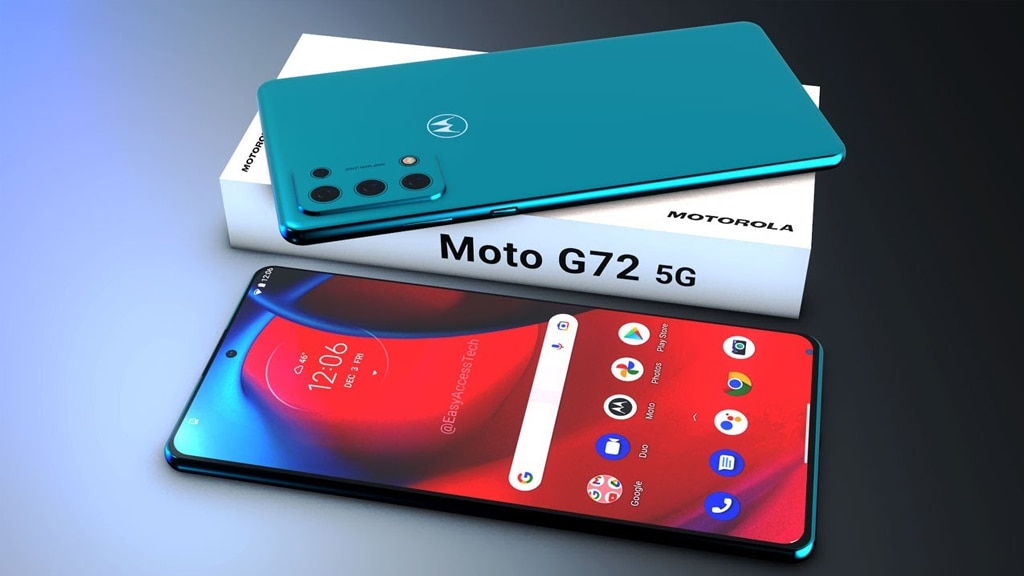 Motorola is soon going to launch a smartphone with its banging features in India. The features of the phone will rob the heart and the design will make you crazy. Let’s know everything about the phone …

Motorola is preparing to launch another G series smartphone, which is named Moto G72. The device has reportedly been spotted at several certification sites including the US Federal Communications Commission (FCC), Telecommunication and Digital Government Regulatory Authority (TDRA) UAE, Bureau of Indian Standards (BIS) and IMEI. The listed device is expected to be the successor to the Moto G71 that was launched last year.

As initially spotted by MySmartPrice, the Moto G72 smartphone has appeared on the FCC, TDRA and BIS websites as well as the IMEI database with the model number XT2255. The FCC listing of the device suggests that it will come with a battery capacity of 5,000mAh. It is also listed to support for NFC and Bluetooth connectivity options.
Download Link

In addition, the publication cited DEMKO certification to suggest that the phone may get support for 33W fast charging. Furthermore, the BIS listing of the Moto G72 confirms that the device will be launched in India as well. Lately, Motorola has been launching a lot of phones in both the Indian and global markets. Earlier this month, it unveiled the Moto G32 and Moto G62 in India. In addition, the Lenovo-owned company has confirmed the launch of three Edge series smartphones in the global market on September 8.

As mentioned, the Moto G72 will likely be launched as the successor to the Moto G71 earlier this year in India with Qualcomm’s Snapdragon 695 SoC, 5,000mAh battery, 33W TurboPower fast charging, and more. started with. The device also includes a triple-rear camera setup and a 6.4-inch AMOLED display with a punch hole. It came with a price tag of Rs 15,999 for the base 6GB + 128GB variant. It is expected that the price of Moto G72 will also remain around this.