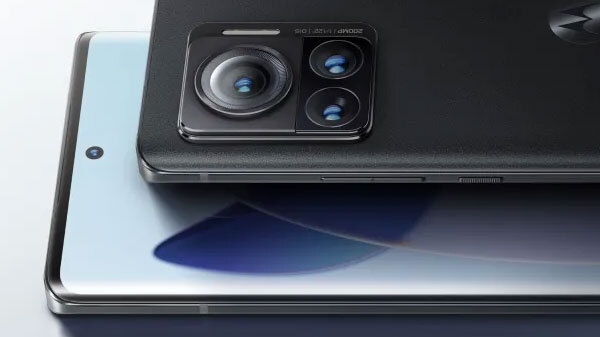 Motorola also launched the Moto X30 Pro and Moto S30 Pro, with the Moto X30 Pro being the true flagship device from the Chinese tech giant. But let us also tell you that Moto X30 Pro is the world’s first handset with 200MP camera. But the foldable phone is not the only flagship launched by the company.

The Moto X30 Pro has Samsung’s HP1 200MP sensor that was launched last year. Other key features of the Moto X30 Pro include Snapdragon 8 Plus Gen 1 chip, 125W fast charging – the fastest charging ever on any Moto phone, 50W wireless charging, and a 6.7-inch 144Hz refresh rate display. Motorola claims that the new wired charging gives the X30 Pro a 50% charge in just seven minutes and 100% charge in 19 minutes.

The Moto X30 Pro is Motorola’s new flagship smartphone and comes with high-end hardware. That includes Qualcomm’s Snapdragon 8+ Gen 1 SoC and up to 12GB of LPDDR5 RAM along with up to 512GB of UFS 3.1 storage. The X30 Pro also sports a 6.67-inch FHD+ 144Hz OLED display with HDR10+ and 1,200 nits of peak brightness. Apart from this, there is an under-display fingerprint scanner for unlocking the device.

The phone has Samsung’s HP1 200MP sensor which was launched last year. It may choose to use all 200MP as individual 0.64-micron pixels. It also employs Samsung’s Chameleon Cell pixel-binning technology to group four or 16 pixels into one large pixel.

These two configurations effectively turn the Isocell HP1 into a 50MP sensor with 1.28-micron pixels or a 12.5MP sensor with 2.56-micron pixels. Apart from the 200MP shooter, the Moto X30 Pro has two other rear cameras. These include a 50MP ultrawide sensor and a 12MP telephoto shooter. There is a 60MP selfie snapper on the front.