Motorola is going to launch the cheapest Smartphone, strong battery and big camera; Seeing people said – ‘Aashiq made you…’ 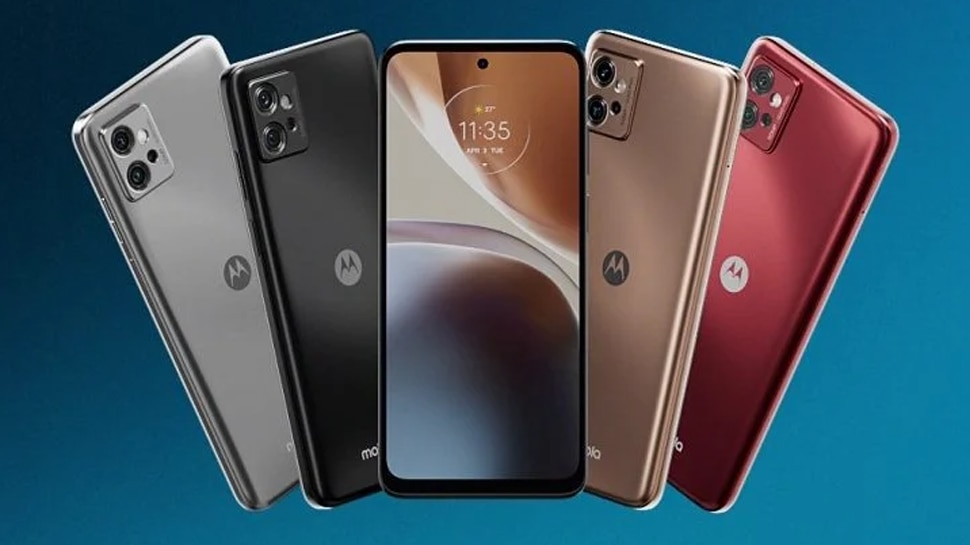 Motorola is soon going to launch a cheap smartphone with great features. The features of the phone have been leaked before the launch. Seeing the design, you will also go crazy. Let’s know everything about the Moto G32 …

Motorola is preparing to launch a new budget range smartphone Moto G32 in the global market. The launch timeline of the device has not been revealed, however, looking at the recently leaked official press renders of the smartphone, we can expect the device to debut in the coming days. Now tipster Evan Blass has released the render and revealed the details about all the color options of the Moto G32. So let’s know about the Moto G32 …

The leaked renders by Blass reveal four color options for the Moto G32 – Gold, Silver, Red and Black. The device features a punch-hole display with a large chip on the front. A 3.5mm audio jack, a USB-C port and a speaker grille are located on its bottom edge. There appears to be a SIM card slot on the left side of the G32 while the volume rocker and power button are located on the right side.

The rear of the Moto G32 now houses a triple camera unit. Looking at the camera module, it seems that the resolution of the main camera of the device is 50 megapixels. The Moto G32 is expected to sport a 6.5-inch IPS LCD screen with HD+ resolution and 90Hz refresh rate.

It will include an 8-megapixel front camera. A 50-megapixel (main) + 8-megapixel (ultra-wide) + 2-megapixel (macro) triple camera unit could be present on the back of the device. It can have preinstalled Android 12 OS.

Unisoc T606 CPU, 3 GB RAM and 5,000mAh battery will power the G32. It is expected that the gadget will include 32 GB of storage. 33W rapid charging support is probably included.