Motorola ‘Frontier 22’ flagship phone to come with 200MP camera! May be launched in July… 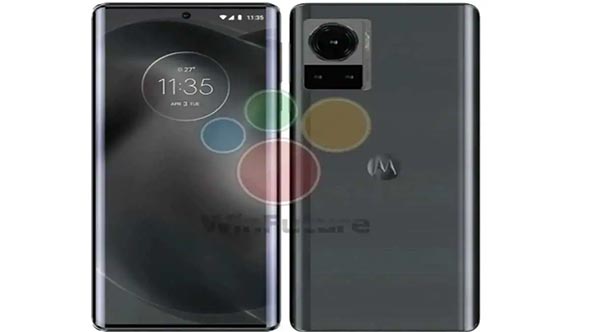 Motorola is reportedly working on its new flagship smartphone, codenamed ‘Frontier 22’. This smartphone is not yet officially confirmed by the Lenovo-owned company, but some renders have been leaked online with specifications. In the leaked renders of the Motorola phone, the phone has been seen with a hole-punch display and triple rear camera setup. Information has been received about Motorola Frontier 22 that it can be launched in July 2022. Apart from this, this phone will get a 144 Hz refresh rate display and fingerprint scanner. The phone’s battery can be 4,500 mAh, with which 125 W wired charging and 50 W wireless charging support will be available.

german publication WinFuture.de alleged this Motorola Renders and specifications of the smartphone have been leaked. As we mentioned, in this renders the phone can be seen with a hole-punch cutout. Apart from this, there is a triple rear camera setup in the smartphone with LED flash.

According to the leak, the dual-SIM (Nano) Motorola Frontier 22 smartphone will work on Android 12. It will have a 6.67-inch full-HD+ OLED display with 144Hz refresh rate and DCI-P3 color gamut. HDR10 support will also be available in this display.