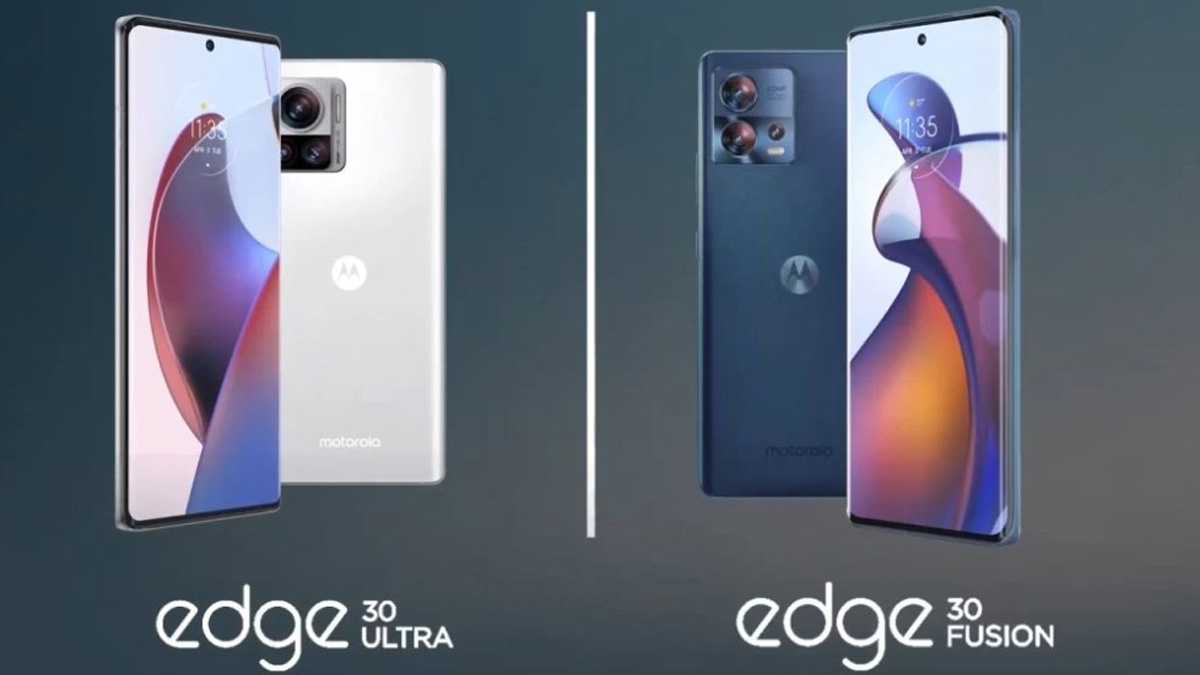 New Delhi: Tech company Motorola has launched two latest smartphones of its premium Edge Smartphone Series. These two smartphones of the company are Motorola Edge 30 Ultra and Moto Edge 30 Fusion, which have been launched in the Indian market. In Motorola Edge 30 Ultra, you have been given Snapdragon 8+ Gen 1 chipset and 200-megapixel primary rear camera. While the Edge 30 Fusion comes with Snapdragon 888+. So let’s know about this smartphone in detail…

Motorola Edge 30 Ultra has been introduced with three years of Android OS updates – 13, 14 and 15. In addition, this phone has also been given a security update of four years. It has a 6.67-inch Endless Edge (Curved) OLED display. In which 144Hz refresh rate, HDR10+ and Corning Gorilla Glass 5 protection are available. For power backup, the smartphone has a 4,610mAh battery, which comes with 125W wired charging and 50W wireless charging support. Along with this phone 10W reverse wireless charging has also been supported.

Talking about the camera, the Motorola Edge 30 Ultra has a 200-megapixel primary Samsung sensor with OIS support. It also has a 50-megapixel ultra-wide sensor and a 12-megapixel portrait sensor. While for selfies and video calling, the phone has a 60-megapixel front camera, which supports 4K recording.

The 8GB RAM + 128GB storage variant of the Edge 30 Ultra has been launched in India for Rs 59,999. Customers can buy this smartphone from Flipkart. At the same time, in the upcoming Big Billion Days sale, this smartphone can be purchased for a retail price of Rs 54,999.

The Edge 30 Fusion has been launched with two years of OS updates. It has a 6.5-inch curved display, which comes with 144Hz refresh rate, HDR10+ and Corning Gorilla Glass 5 protection. For power backup, the phone has a small 4,400mAh battery with only 68W wired charging support.

Apart from this, a 50-megapixel primary camera with OIS has been given in Edge 30 Fusion for photography. Also includes a 13-megapixel ultra-wide sensor and a depth sensor. While a 32-megapixel camera has been given for salgi and video calling. The primary rear camera of the phone can also record 8K videos.

At the same time, the 8GB RAM + 128GB storage model of Edge 30 Fusion has been introduced at a price of Rs 42,999. Whereas customers can buy this phone in Big Billion Days sale for Rs 39,999. Apart from this, these phones will also be available at many major retail stores including Reliance Digital.