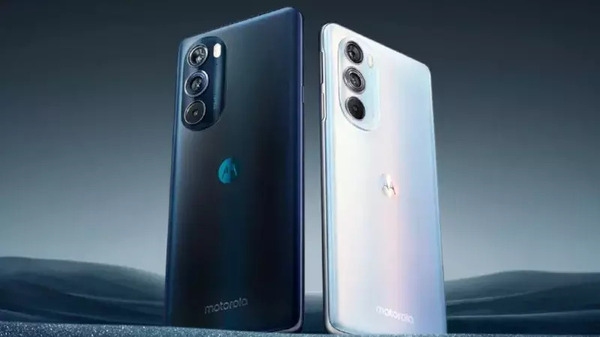 Motorola is adding a new smartphone to the X Series. Motorola is preparing to launch its new phone Moto X40. The Moto X40 could replace the Moto Edge X30 that was launched in China last year. At the same time, it is expected to be powered by Qualcomm Snapdragon 8 Gen 2 SoC. It had previously surfaced on the China Compulsory Certification (3C) database with the model number XT2301-5.

Chen Jin, General Manager of Lenovo Mobile Business Group, informed about the arrival of Moto X40 through a post on weibo. Moto X40 will come with Qualcomm Snapdragon 8 Gen 2 chipset. It is being said that it may include a 50-megapixel primary camera with a full-HD+ display.

The upcoming smartphone had previously appeared on the China Compulsory Certification (3C) database with the model number XT2301-5. During the listing, 68W fast charging support was told on the Moto X40. The Moto Edge X30, on the other hand, was launched in China in December last year with a starting price of CNY 3,199 (roughly Rs. 38,000) for the 8GB RAM + 128GB storage variant.

Moto X40 can beat these smartphones

If the rumors are true, the upcoming Moto X40 could overtake Xiaomi and Samsung to debut as the first phone with the latest Qualcomm mobile chip. The Samsung Galaxy S23 was spotted on Geekbench with the same chipset, which would make both the phones pitted against each other.
Other brands like OnePlus, Xiaomi, Oppo and Vivo are also rumored to be working on flagships with the same chipset. Reports also say that the Qualcomm Snapdragon 8 Gen 2 delivers a powerful CPU performance.