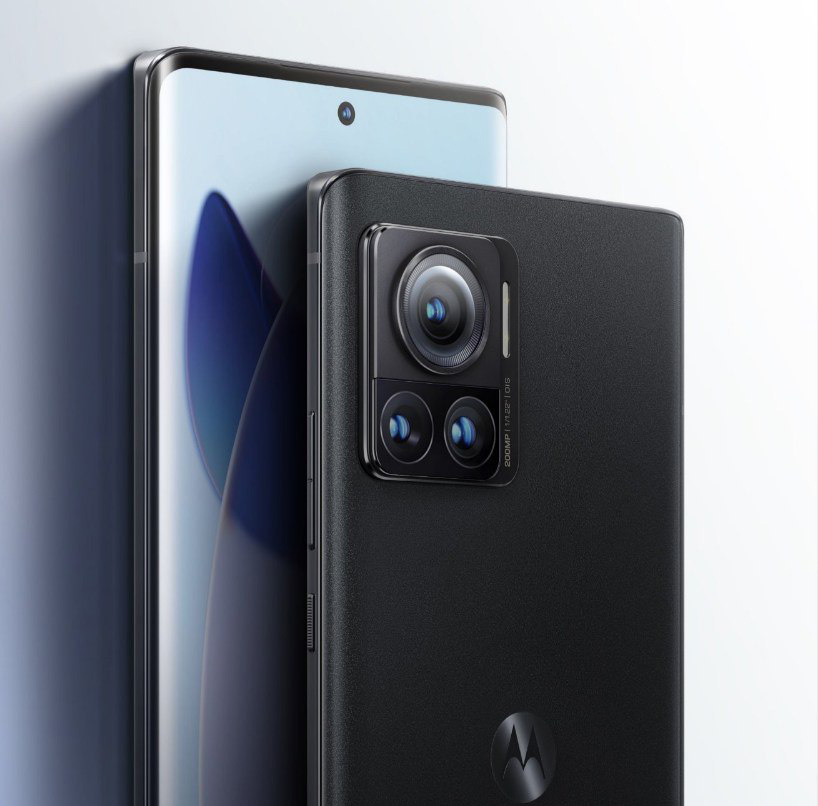 An important event in the smartphone industry took place today – the world’s first mass-produced model with a 200-megapixel camera was introduced. Such is the Moto X30 Pro: lately, Moto often surpasses Xiaomi and becomes the “first in the world” when it comes to using the latest single-chip systems or image sensors.

The sensor in question is a Samsung HP1. During the presentation, they noted that work on the Moto X30 Pro was carried out by Lenovo and Samsung specialists together. The optical format of Samsung HP1 is 1/1.22 inches. The developers emphasize that such a sensor at a higher resolution is larger than the main sensor in the iPhone 13 Pro (1 / 1.68 inches). Moreover, the Samsung HP1 is larger than the 50-megapixel Sony IMX707 (1/1.28 inch) sensor in the Xiaomi 12 Pro.

The module with a 200-megapixel sensor has a wide-angle lens, there is also an optical image stabilization system. The second module has a 50-megapixel Samsung S5KJN1 sensor paired with an ultra wide-angle lens with a 117° field of view, and the third module has a 12-megapixel Sony IMX663 sensor and a portrait lens (due to which it provides a 2x optical zoom, it is also used for macro shooting ). The embedded front-facing camera is also notable, using a 60-megapixel image sensor.

Moto X30 Pro is built on a Qualcomm Snapdragon 8 Plus Gen 1 single-chip platform. It received a large cooling system with an area of ​​19,400 mm2LPDDR5 memory and UFS 3.1.

The curved OLED screen is characterized by a diagonal of 6.67 inches, Full HD + resolution, 144 Hz frame rate and coverage of 100% of the DCI-P3 color space. The fingerprint scanner is under the screen.

The configuration of the smartphone also includes stereo speakers and an NFC chip. The thickness of the device is 8.39 mm, weight is 197 grams.