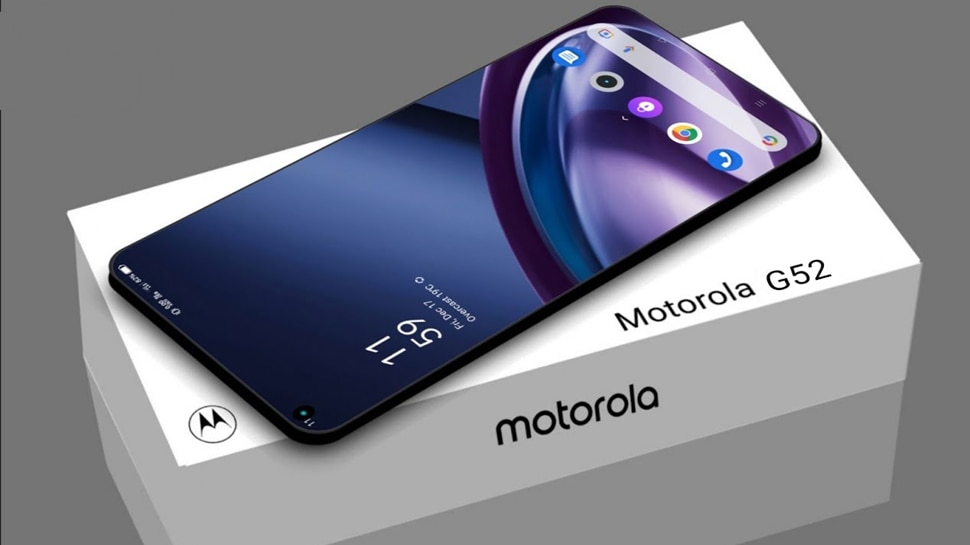 New Delhi. Motorola has secretly launched the Moto G52 smartphone. The design of the Moto G52 is similar to the Moto G51 5G that was launched last year. It has an OLED panel with a centrally located punch-hole on the front and the rear panel houses a triple camera unit with an LED flash. The G52 mid-ranger offers key features like 90Hz OLED display, 50-megapixel primary camera, Snapdragon 6-series chipset and 30W fast charging support. Let’s know the price and features of Moto G52 …

The Moto G52 priced at 249 euros (about Rs 21 thousand) will be available in some European markets in the coming weeks. It is unclear whether the G52 will be received in other markets outside Europe.

The Moto G52 sports a 6.6-inch OLED panel that produces full HD+ resolution, 20:9 aspect ratio and 90Hz refresh rate. It also supports 402ppi pixel density and DCI-P3 color gamut. The G52 runs on the near-stock version of Android 12 OS, which has been customized with Motorola’s My UX.

The Moto G52 has a 16-megapixel camera for taking selfies. The back panel houses a 50-megapixel main camera with f/1.8 aperture, an 8-megapixel ultrawide camera and a depth helper for bokeh shots. The G52 has dual speakers that support Dolby Atmos.

G52 is powered by Snapdragon 680 chipset and 4GB/6GB RAM. It comes in 128GB and 256GB storage options. There is a microSD card slot for additional storage. It has a powerful 5,000mAh battery which supports Motorola’s 30W TurboPower 30 technology. It has an IP52 rated water-repellent chassis that weighs around 169 grams. The thickness of the device is 7.99mm.