Moto E32: Motorola’s 3 day long smartphone to make you crazy, the price is only this 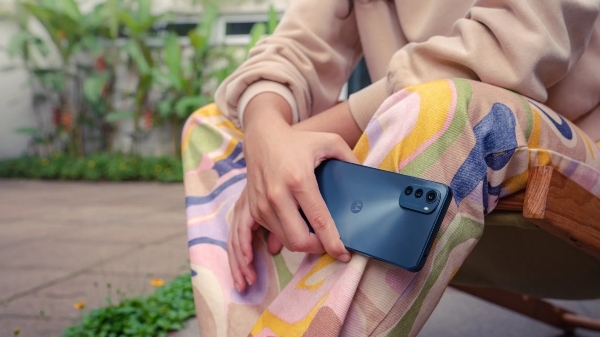 Moto E32 Launched in India: Motorola today launched a new budget phone Moto E32 in the E series. This is the second device in the series after the launch of the Moto E32s earlier this year in June. The Moto E32 comes with a 90Hz display and is powered by the MediaTek Helio G series processor.

Last week, the company launched the 4G budget phone Moto G72 and today, the company has launched another 4G phone in India under the E series. The Moto E32 is priced under Rs 12,000 and comes with features like a massive 5000mAh, 50MP main camera and 4GB of RAM. Let’s take a look at what is the special feature of the smartphone.

The Moto E32 comes with 4GB of RAM and 64GB of onboard storage. It is priced at Rs 10,499 and will now be available for purchase via Flipkart. The device comes in Iceberg Blue and Cosmic Black color options.

Moto E32 flaunts a 6.5″ HD+ IPS LCD screen with 90Hz screen refresh rate. The aspect ratio of the phone is 20: 9 and it offers 268ppi pixel density. Powering the device is MediaTek Helio G37 with 680MHz IMG PowerVR GE8320 GPU with 2.3GHz clock speed. This phone comes with 4GB RAM and 64GB onboard storage.

The phone sports a 50MP primary camera with f/1.8, PDAF and a 2MP depth camera with f/2.4 aperture. The E32 packs a 5000mAh battery that supports 10W charging via the Type-C port. This device out of the box runs on Android 12. Talking about other features, the smartphone includes a side fingerprint reader, face unlock, single speaker, Bluetooth 5.0, 2.4GHz and 5GHz Wi-Fi and a micro SD card slot.