Most Popular Apps and Sites in 2021 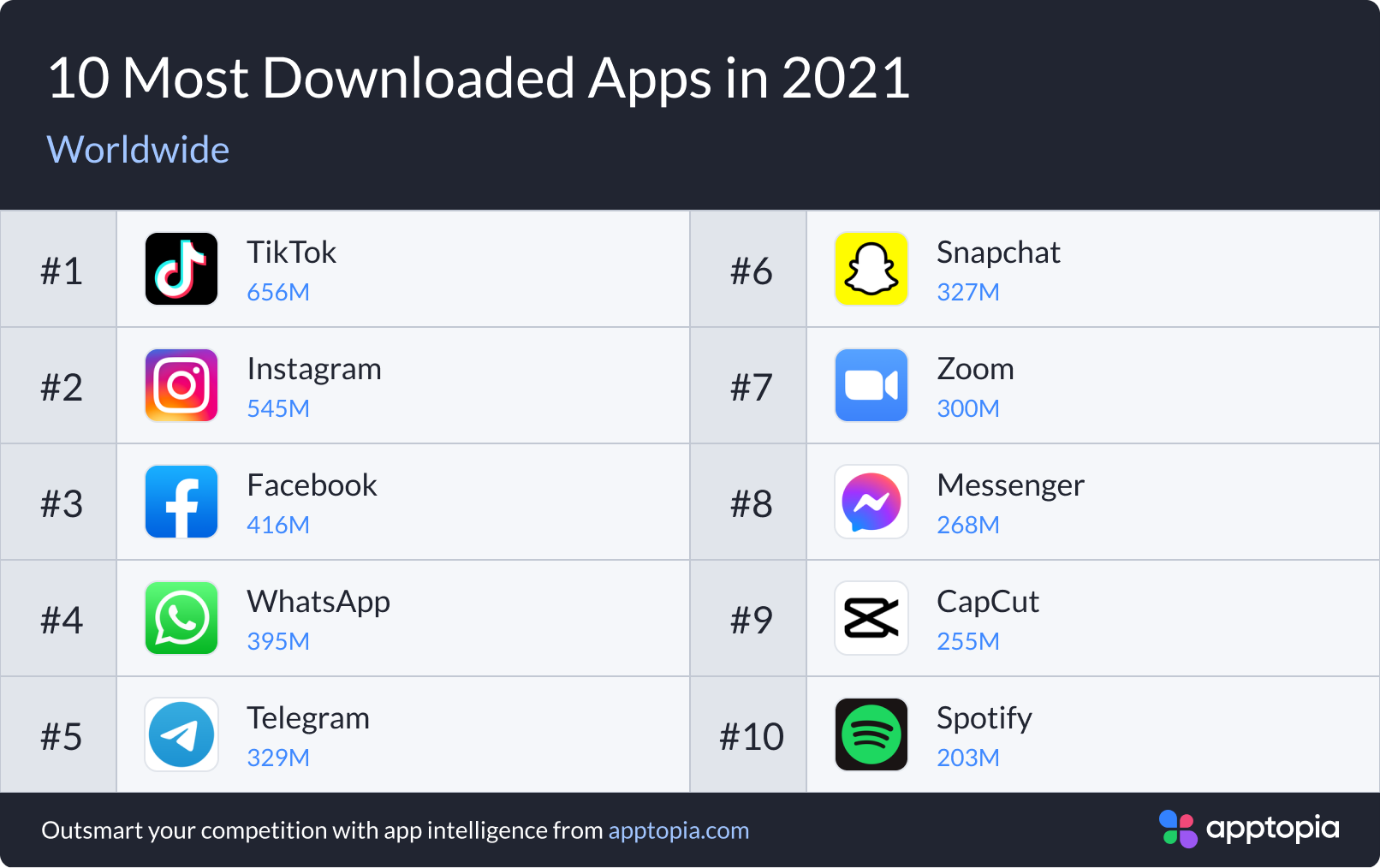 Consulting company Apptopia has published an annual ranking, naming the most popular applications in the outgoing year. Well-known apps appeared in the rating, but there are minor differences in the ratings compiled for the whole planet and the USA separately.

The company has compiled a unified list of the most downloaded applications for Android and iOS. The most popular mobile apps in the world:

As expected, TikTok is at the top of the list, with apps like Facebook, Snapchat and Spotify in the top ten already emerging as traditional leaders. It is noteworthy that four out of ten lines of the rating are occupied by programs owned by Meta. New to this company is video editing software CapCut. This software is owned by ByteDance, which also owns TikTok.

In the US, the rating is different:

Apps like Spotify and Telegram didn’t make the US list, unlike YouTube, HBO Max, and Cash App. Nevertheless, the TikTok service has retained its leading role here as well.

In addition, Cloudflare has published a rating of the popularity of Internet resources in 2021. It shows that the outgoing year was marked by the displacement of the permanent leader in the ranking in the person of the domain Google.com, which includes many services of the search giant. The new leader is TikTok.com, which ranked only seventh last year.

The top ten most popular domains in 2021 include:

Last year, the balance of power was as follows: