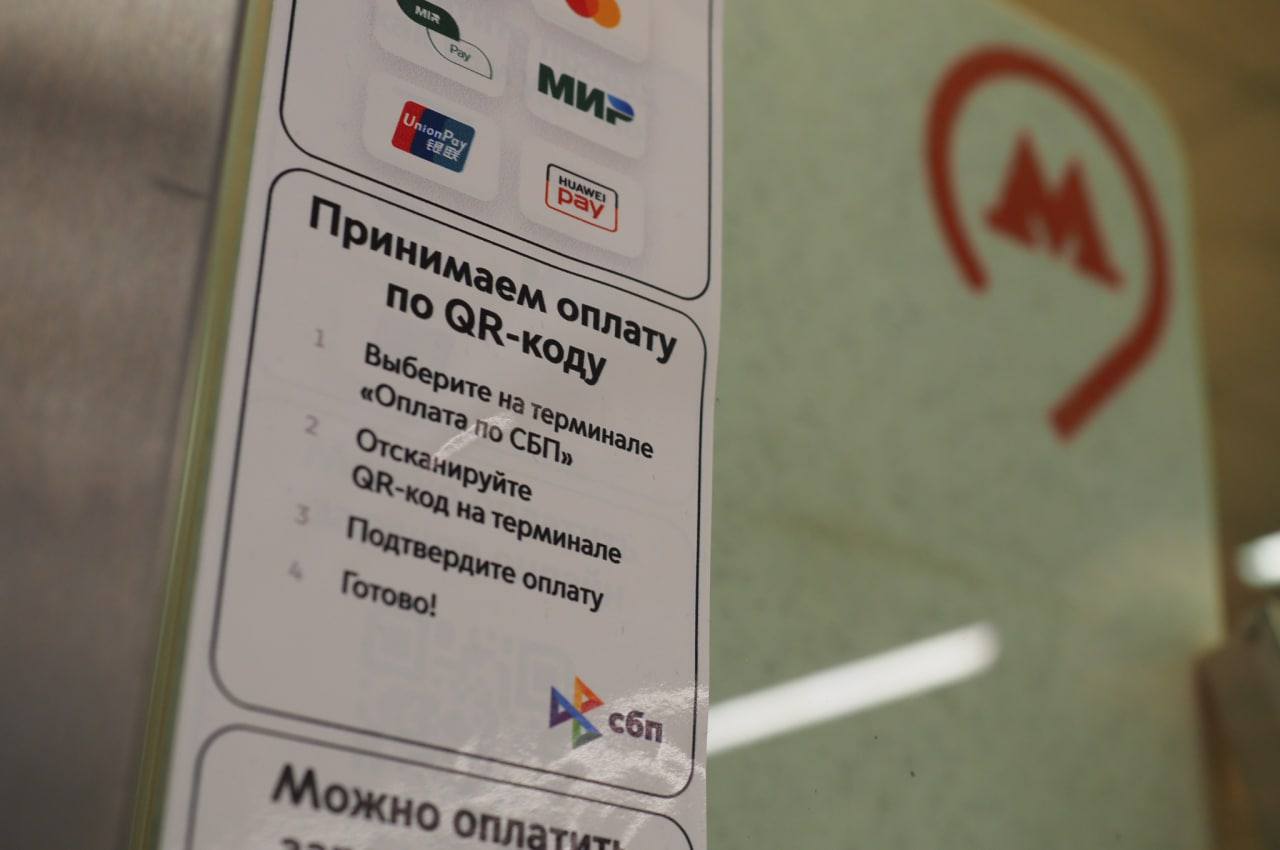 The Department of Transport and Road Infrastructure Development of Moscow has shared the news that testing of fare payment using the Fast Payment System at metro turnstiles will soon begin.

In October, testing will start among employees of the department and the subway. It is noted that the technology is already working in pilot mode at the ticket offices of the Big Circle Line stations and in the Parking of Russia application. When the service is fully operational, it will be very easy to pay for the fare – just put your smartphone to the QR-code reader on the turnstile.

The head of the department Maxim Liksutov explained:

On behalf of Moscow Mayor S. Sobyanin, we are introducing more and more convenient payment methods into urban transport. The fast payment system in the Parking of Russia application and at the BKL cash desks has already been used almost 600,000 times. In October, we will start testing on metro turnstiles. First, the pilot will pass with the staff, later we will invite passengers. During testing, we will evaluate the speed of the service and only then launch it fully. It is important that the payment system works flawlessly, and that passengers can pay with their smartphone again and do not waste time at the turnstiles. We expect that up to 700,000 people a day can start using SBP in the next few years.