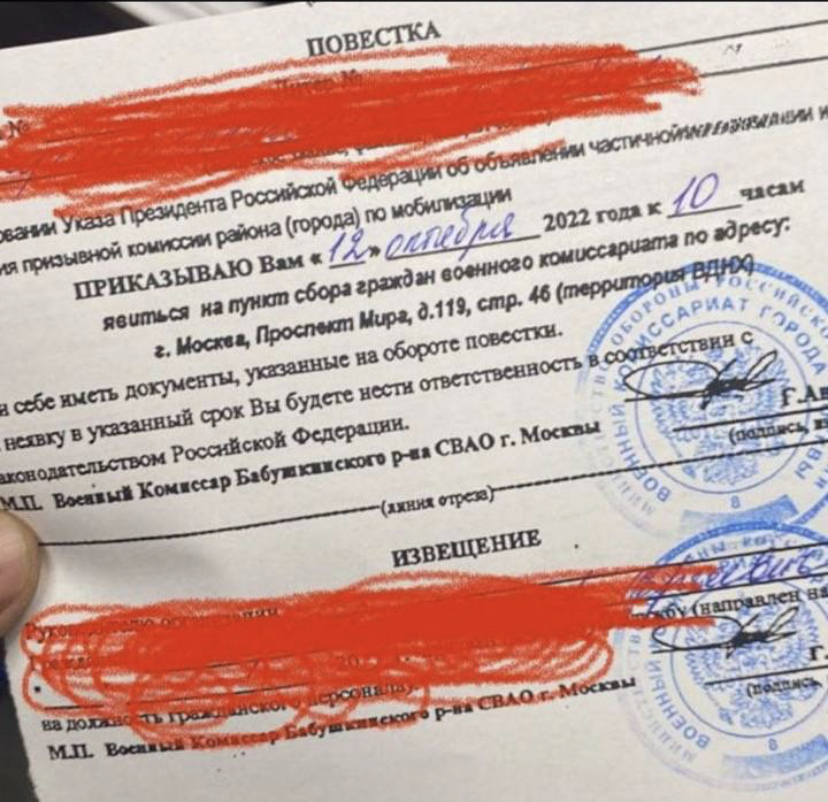 As it became known, in Moscow, the military registration and enlistment office used the popular WhatsApp messenger to send a summons.

The 29-year-old Muscovite previously served in the Navy, so they decided to call him up. A policeman, a military commissar and a witness came to his house to hand over a summons, but before that he left for work.

In this situation, it was decided to make a WhatsApp* video call. The district police officer asked to pick up the summons, adding that there was no hiding from the army.

* WhatsApp is owned by Meta, which is recognized as extremist and banned in Russia.