Modular robotic prostheses for children and adults presented in Russia 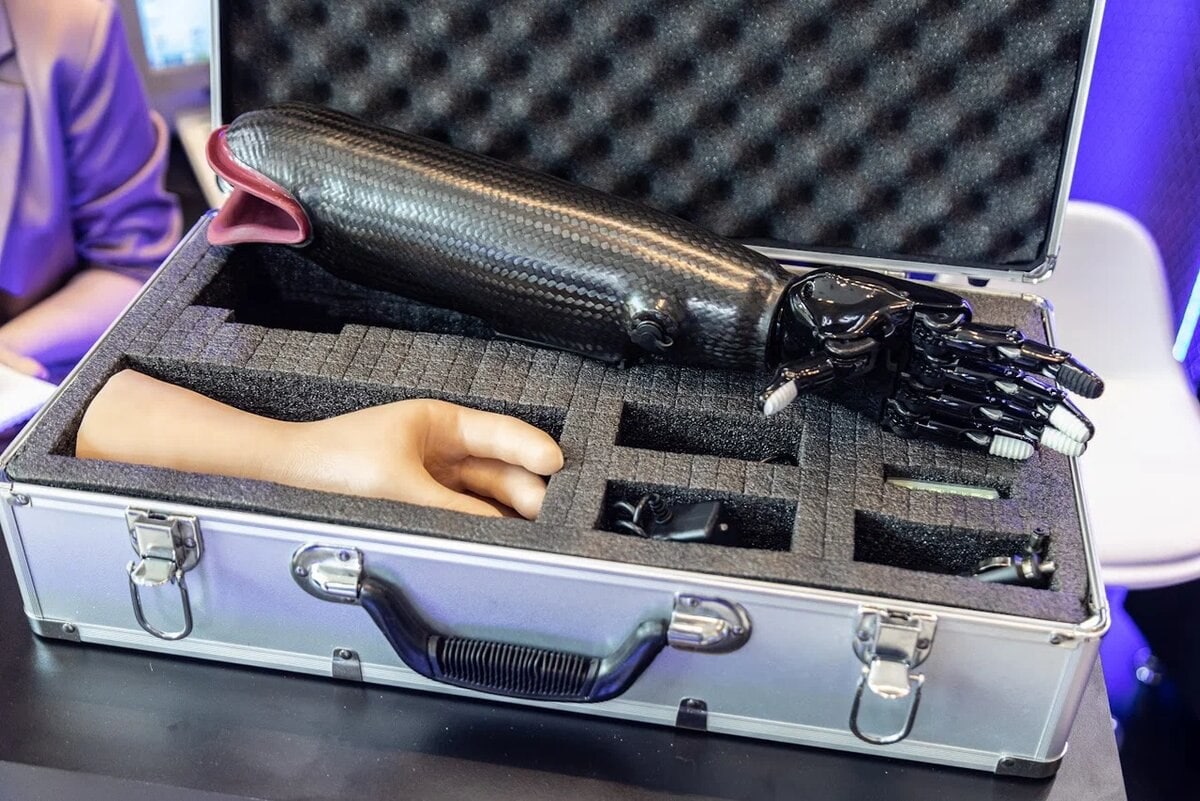 Rostec presented at the BioTechMed forum a line of SmartLi modular bionic prostheses designed for both adults and children.

To configure their functions, a special cross-platform application is used that runs on computers and mobile phones running various operating systems.

According to the developers, such devices provide one of the most advanced types of hand prosthetics, which allows raising rehabilitation to a qualitatively new level. The peculiarity of these prostheses is that they are modular. 80–95% of the parts used are unified, regardless of the type of prosthesis, which makes it possible to manufacture it for any feature of the patient.

The design of the artificial fingers makes it possible to perform various grips of objects with controlled force. The sensory feedback system with tactile response facilitates the process of user interaction with the prosthesis.

The presented product is extremely competitive. The average cost of such a prosthesis is about 900 thousand rubles, which is several times lower than the cost of imported analogues. This was achieved, including through innovative design solutions, the use of the modular principle of building products.