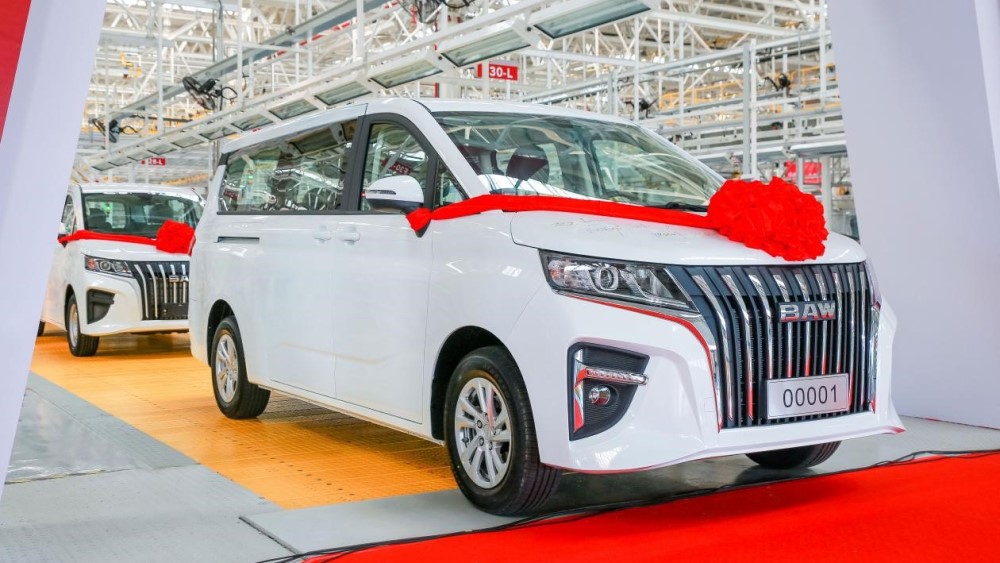 The Chinese company BAW has released a new budget minivan Ace, which can seriously compete with analogues from Wuling and other manufacturers.

BAW Ace received three rows of seats, a large grille, modern optics and decent equipment, while the price ranges from 8.2 to 11 thousand dollars in China.

Inside are a digital instrument panel and a large screen multimedia system, as well as a push-button climate control unit and a three-spoke multi-steering wheel.

For BAW Ace, two Wuling power units with volumes of 1.6 and 2 liters with a capacity of 124 hp are provided. (161 Nm) and 144 hp (200 Nm) respectively. At the same time, they both show a good thermal efficiency of 36%, thanks to IVVT (Variable Valve Timing) technology, which, among other things, improves efficiency.