MNIT’s Lokesh Raj Singhi got a package of 1.18 crores from Amazon, know who is Lokesh Raj 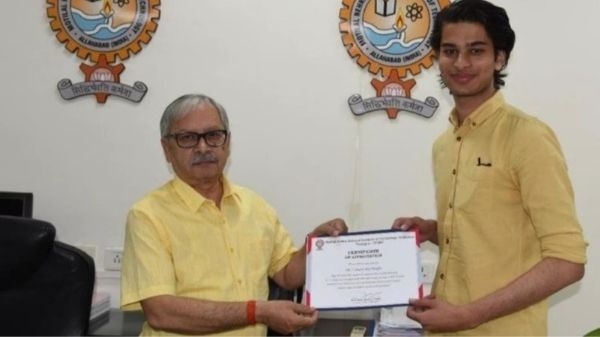 It is said that hard work always pays off and there is no dearth of talent in India from above. We always get to read such stories on the internet today, which has raised the name of the country. Right now we are talking about Lokesh Raj Singhi, a resident of Rajasthan who has got a package of 1.18 crores from Amazon. Because of this, it is now dominated all over the internet. So let’s know about them in detail.

This young man from Rajasthan got a package of 1.18 crores from Amazon

For information, let us tell you that Lokesh Raj Singhi, a resident of Rajasthan, studying in Prayagraj’s Motilal Nehru National Institute of Technology (MNIT), has not got any normal but a package of 1.18 crores from Amazon and now it is a software developer in Amazon. will act as Apart from this, let us tell you that he will join the company on 3 August 2022 in Dublin, Ireland.

Earlier, Uday Jalan, a student of Kanpur who studied from the same institute, got a package of 1.35 crores from Facebook. Now the director and other staff of the institute are very happy after this success of Lokesh and the dean says that Lokesh has not only brought laurels to the parents but has also raised the name of the institute.

Who is Lokesh Raj Singhi?

Lokesh Raj Singhi who originally hails from Bidasar village of Churu district in Rajasthan. His father, who runs a computer parts business in Kathmandu, the capital of Nepal. While his elder son Kriti Raj Singhi who is working as a software engineer in United Kingdom (UK). His mother Anju Singhi is a housewife and the entire family lives in Nepal.

While interacting with Dainik Bhaskar, Lokesh told that even during the epidemic of Kovid-19, he focused only on his studies. Lokesh did BTech in the year 2018.

Lokesh had joined MNIT in the year 2018 and is currently in his last semester. At the same time, while talking to Bhaskar, he told that he had got a job in campus placement but the package was not very big. For this reason, he kept exploring so that he could get a good package.