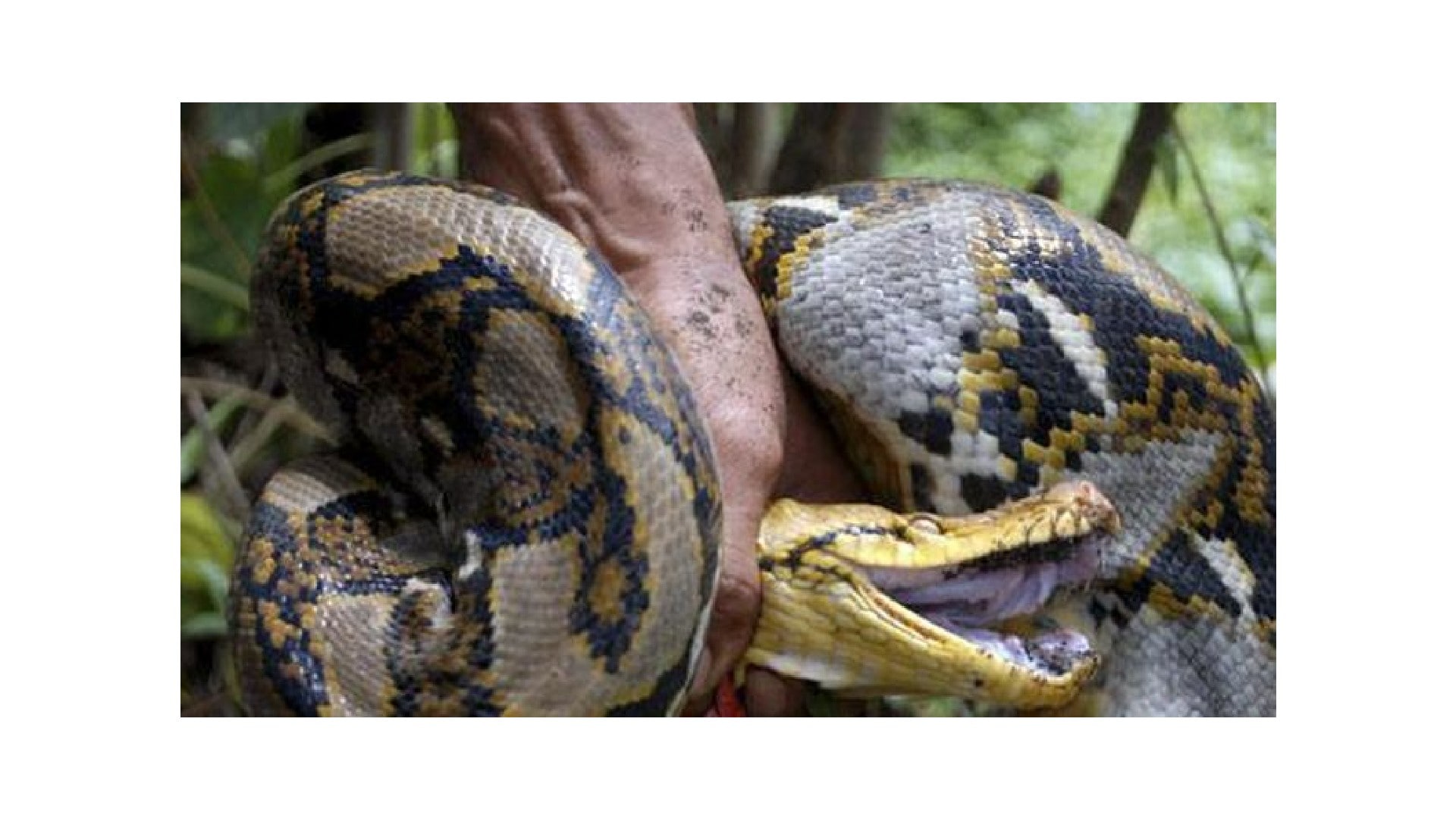 Pythons make animals their morsel, but a news from Indonesia has shocked. Recently, the body of a woman was found in the stomach of a 22-foot-long (6.7 m) large python. It is said that the python swallowed the woman. According to media reports, the woman suddenly went missing one day. When she did not reach home, the family informed the police. The search for the woman was started. A dragon was found at the spot. His stomach was very bloated. The dragon was killed and what happened after that scared the people.

CNN of Indonesia accordingA 54-year-old woman named Zarahah went missing on 23 October in Jambi province of the island of Sumatra. When Zarah did not return home till evening, the family members got worried. He informed the authorities. The search began. Jaharah’s husband was also on the search team. The woman could not be traced on the night of the incident, although some samples of the woman’s sandals and clothes were suspected to be untoward.

The next day the local people saw a huge python at that place. People said that the stomach of the dragon was very bloated. The villagers chased the python and killed it. The local police said in a statement that they found a dead body there after tearing the snake’s stomach. It was the dead body of Zaharah.

Indonesia is considered the home of large pythons. Many large pythons were found there, including the Green Tree Python. The dragon that swallowed the woman was very big. Its size is said to be 22 feet long (6.7 meters). Pythons kill their prey by grabbing it and then swallowing it whole. The python that the woman swallowed was a reticulated python. Many times these pythons also make people their prey. A similar case was reported in Indonesia in 2018. Even then a woman was killed and eaten by a python. However, such cases are rarely seen.